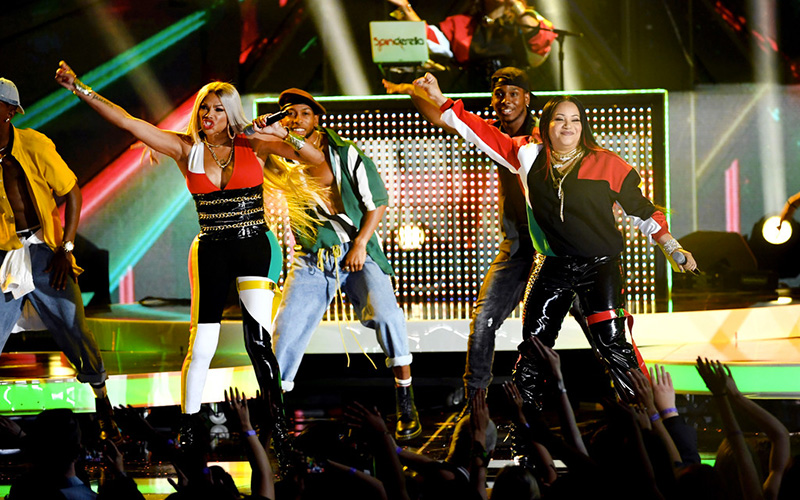 Three decades after becoming the first female rap act to have a top 20 single on the Billboard Hot 100, Salt-N-Pepa closed out the 2018 Billboard Music Awards with a medley of their biggest hits.

Cheryl “Salt” James and Sandra “Pepa” Denton kicked off the performance, which resembled an on-stage 1990’s party, with their hit 90’s single “Shoop.”

With DJ Spinderella on the turntables, the trio had the crowd at the MGM Grand Garden Arena in Las Vegas singing along to “Let’s Talk About Sex” as the words “Safe Sex” flashed on the screen behind them as balloons dropped from the sky and covered the stage.

The femcees kept the party going with “Push It” from their 1986 debut album Hot, Cool & Vicious. And for the finale, they were joined by En Vogue for “Whatta Man,” which was dedicated to “all the great men at the Billboard Music Awards,” Pepa said.

The ladies were later joined by BBMAs host Kelly Clarkson as confetti fell on the sage for the show’s final performance of the night.

Salt-N-Pepa will return to Vegas this September around Labor Day to kick off their residency at the Mandalay Bay Resort Hotel.