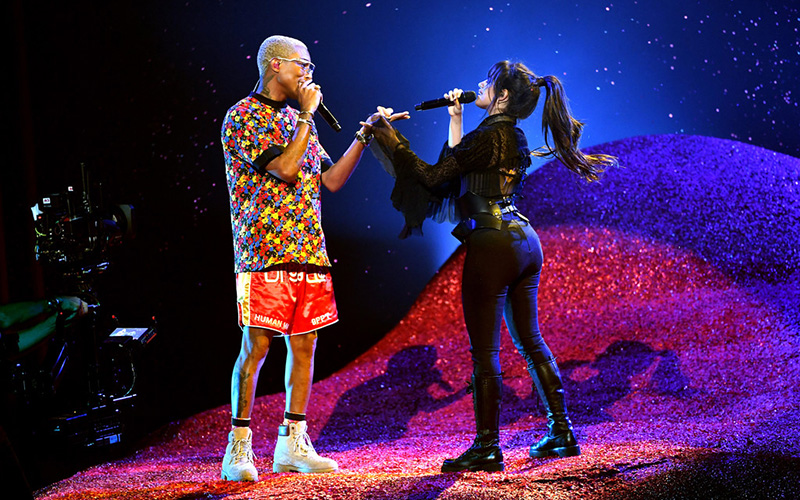 Fresh off the release of their new collaboration “Sangria Wine,” Camila Cabello and Pharrell gave the debut performance of the song at Sunday night’s (May 20) 2018 Billboard Music Awards at the MGM Grand Garden Arena in Las Vegas.

On top of a shimmering pink and purple stage that was covered in confetti, going with the sultry vibes of the track itself. Not long afterward, Pharrell vacated the stage to give the former Fifth Harmony member room to do her thing as a solo act as she launched into a riveting performance of her hit single “Havana” sans Young Thug.

Cabello was up for four awards Sunday night, including Top Female Artist, which ended up going to Taylor Swift.

She’s currently supporting Swift on her “Reputation” stadium tour alongside Charli XCX. The first leg of the tour kicked off earlier this month in Glendale, Arizona, with the second leg in Europe set to kick off June 8th in Manchester, England. The third leg, the second in North America, will debut June 30th in Louisville and will conclude in Arlington, Texas.

Though Camila lost Top Female Artist to her tourmate, she did go on to win the award for the user-voted Billboard Chart Achievement Award, beating out Cardi B, Drake, Sum Hunt and Ed Sheeran.