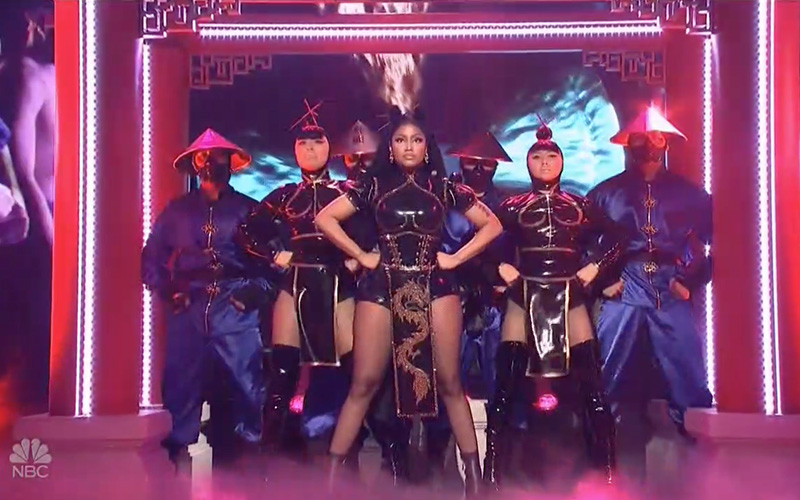 Nicki Minaj aka “The Bad Guy” brought her musical talents to Saturday Night Live this weekend.

Onika also performed her new single “Poke It Out” with Playboi Carti, which was pure comedy. Click here to find out why.

Nicki is currently preparing for the release of her fourth album Queen, which is due out June 15th. Last week on Twitter, she called the project her favorite “w/o a shadow of a fkng doubt,” noting that a “very important person said the same thing.”