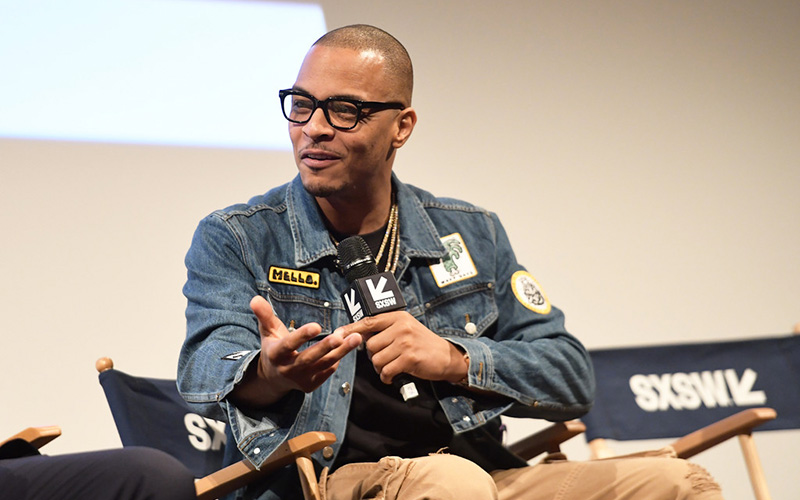 The audio from the 911 call that led to T.I.’s recent arrest has been released, and the security guard involved in the altercation told the dispatcher he felt “threatened” by the Atlanta rapper.

In a 10-minute phone call, the security guard at Eagles Landing Country Club told a 911 dispatcher early Wednesday morning (May 16) that a resident kept yelling at him and asking for his name as he knocked on the shack door. During the call, the “top flight security of the world, Craig!” acknowledged that he didn’t recognize the resident, who was later identified as Clifford Harris, better known as rapper T.I.

Earlier this week, it was reported that T.I. was arrested near his Henry County home. The rapper was apparently unable to enter his gated community after misplacing his keys and lashed out at the guard who denied him access.

According to T.I., the guard—later identified as Euwan James—was sleeping on the job and had to be awakened. The rapper said James claimed he couldn’t find him in the resident directory, so T.I. had his wife Tiny call, and the guard eventually let him in, but not before verbally attacking Tiny, which T.I. did not appreciate.

T.I. later admitted to yelling obscenities at the guard, reminding him that he pays his salary (which you can hear in the 911 call above). T.I. also demanded the guard tell him his name, which he refused.

After arriving at his home, not too long after their initial confrontation, T.I. returned to the guard shack to confront the guard once more and asked him his name again, which the guard refused for the second time.

T.I. admitted to telling the guard “You can step outside the booth and into the street, so we can talk,” but he said had no intention of getting physical. The guard, however, felt otherwise and called 911, describing T.I. as a “black male in a striped shirt.”

According to the police report, when the cops arrived on the scene, they smelled alcohol on T.I.’s breath. The rapper admitted he had a drink before walking back to the guard’s shack, and was arrested on the spot on misdemeanor charges of simple assault, disorderly conduct and public drunkenness. He was released from the Henry County Jail around 8 a.m. Wednesday morning after posting $2,250 bond.

The rapper’s attorney, Steve Sadow, issued a statement saying that his client had been “wrongfully arrested” and the guard “refused entry without justification.” He added, “Words were exchanged and apparently the guard and/or a supervisor called the police. When the police arrived, they were not interested in hearing Tip’s side of the story and wrongfully chose to end the situation by arresting Tip.”

Video footage from the jail where T.I. was held before posting bail was released yesterday. In the video, the rapper is cool, calm and collected while going through the booking process at Henry County Jail, and he asked the arresting officer why he was being jailed. The officer told T.I. he was “acting like a fool,” which T.I. strongly denied.

T.I. said, as a tax-paying citizen and multi-million dollar homeowner, he had a right to confront the security guard working the gate, but the officer said that the guard “didn’t have to answer to [him].” The officer said T.I. “shouldn’t have come back,” a sentiment T.I. clearly disagreed.

T.I. and the cop did agree on one thing though; that it would be best to settle their differences in court.