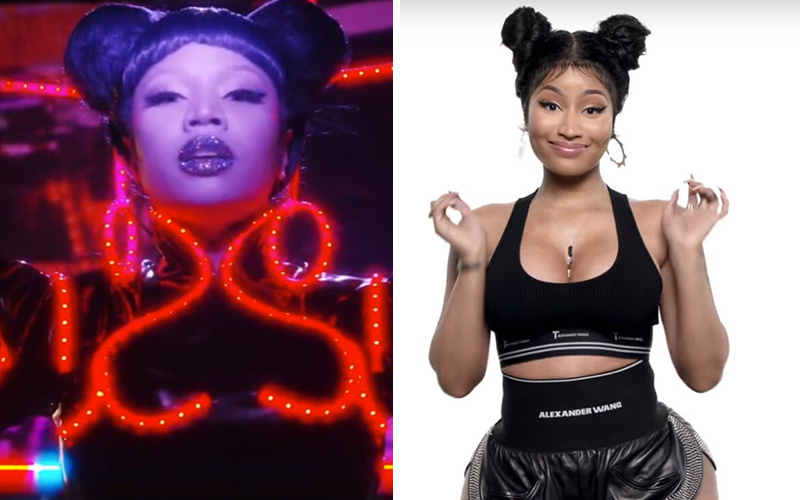 Around mid-April, Nicki Minaj released not just one, but two hot singles, “Chun Li” and “Barbie Tingz,” and now, about a week short of a month later, she’s returned with the accompanying visuals for those tracks, much to the delight of her fans.

Directed by Steven Klein, the first visual, “Chun Li” has a futuristic set-up and sees Ninja Nicki cruising through the city, taking out her enemies one at a time.

As for her video for “Barbie Tingz,” which was directed by Minaj and Giovanni Bianco, the bootyful MC cycles through her various looks and eras as she calls out her haters and disses her lookalikes.

Both “Chun Li” and “Barbie Tingz” will be featured on Nicki’s upcoming, currently untitled album, due out for release later this year.