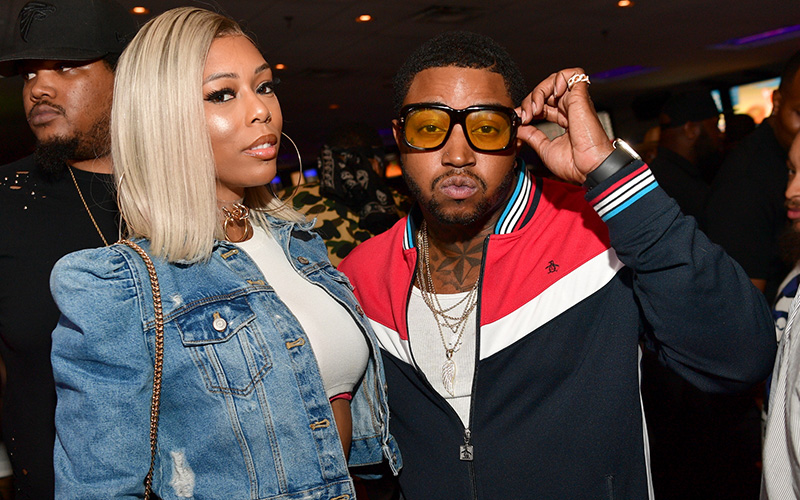 The rumors are true. Lil Scrappy and Bambi are having a baby!

News of the Love & Hip Hop Atlanta stars expecting their first child together was officially confirmed Monday night (Apr. 30) after the latest episode of the popular reality series aired.

We haven’t seen Scrappy or Bambi at all on LHHATL Season 7, but it looks like they’re set to make their big return soon.

In a “Still to Come” preview clip that aired Monday night, Scrappy surprises Momma Dee with the big news. “I gotta move into another lil crib,” Scrappy tells her. “For what?” she asks. “For my baby, I’m finna have another one,” Scrappy says.

The couple, who secretly got married last year, also confirmed their big news to The Shade Room:

Bambi is currently 20 weeks, but don’t know the gender just yet. She wanted to wait to announce her pregnancy after experiencing a miscarriage in the past. She just wanted to be safe prior to announcing because they were both so hurt by the miscarriage.

The Jasmine Brand was first to report on the news Sunday. “Bambi hasn’t made many public appearances because she’s starting to show more,” a source told them.

This will be the couple’s first child together and Scrappy’s second. Bambi suffered a miscarriage in 2014 and opened up about the heartbreaking experience on Love & Hip Hop Atlanta. Scrappy (real name: Darryl Richardson II) shares a 13-year-old daughter, Emani Richardson, with his ex and former LHHATL co-star Erica Dixon.

Thank God I have my princess to help me and Bam cause she’s on point with it, almost time #TheRichardsons #TheRichianos #newlife What’s that oh Bam always tryna hear the heart lol

Rumors that Scrappy and Bambi were expecting were first sparked last month after Scrappy posted a photo of the couple out for dinner, and Bambi looked like she was sporting a small baby bump.

Since Bambi is currently “20 weeks,” or, about five months, she will likely give birth sometime late summer or early fall (around August/September).