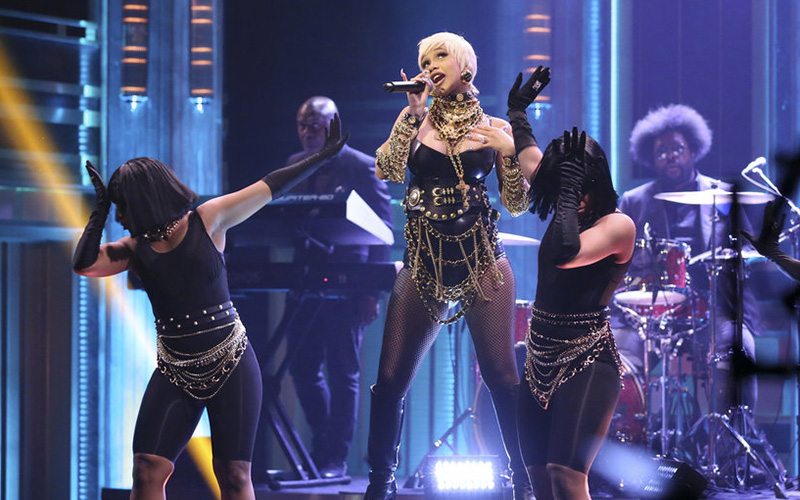 Cardi B isn’t letting a little thing like being five months pregnant stop her from performing to promote her new album.

Fresh off her “Saturday Night Live” appearance this weekend, in which she finally confirmed her pregnancy, Cardi B took over co-hosting duties Monday night (Apr. 9) on “The Tonight Show Starring Jimmy Fallon,” serving as the first co-host to EVER host a Tonight Show episode in the show’s 64-year history.

After hosting alongside Jimmy Fallon throughout the entire show (she told jokes during the monologue, played a game of “Box of Lies,” helped interview guest John Mulaney, and much more), the mom-to-be, backed by The Roots, took to the stage to close out the show for her first televised performance of her new Invasion of Privacy track “Money Bag”—pregnant and all!

Watch a pregnant as hell Cardi perform “Money Bag” below, and keep scrolling to check out some highlights from the show.