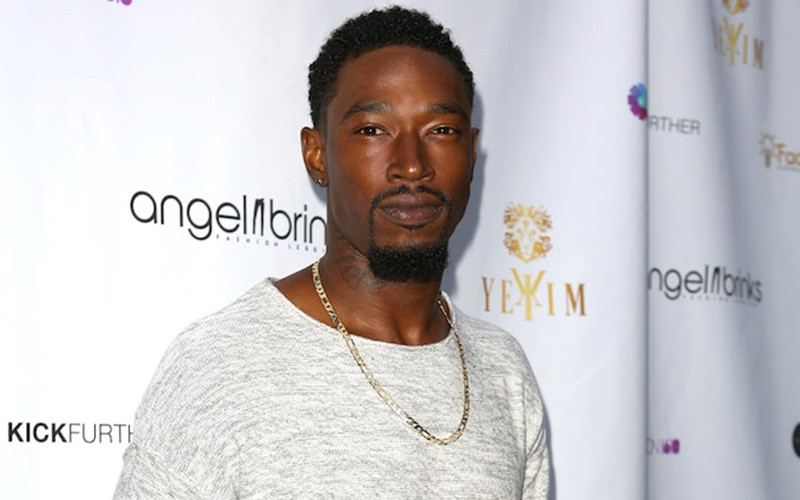 Kevin McCall seriously needs to be arrested or committed to a mental hospital immediately.

McCall is no stranger to sending threats and posting disturbing messages on social media, involving his baby mama Eva Marcille and his former mentor Chris Brown. Back in January, McCall angered fans when he said he would put Chris Brown and his daughter Royalty in a casket.

In a video posted on Instagram that has since been deleted from his page, Kevin says something really bad is going to happen if he doesn’t get his daughters back soon.

“I’m not crazy. I’m totally not crazy. I’m actually one of the kindest people on Earth,”Kevin says in the clip. “But when you get to messing with people’s children, there’s boundaries. I’m not crazy. I don’t want to do anything crazy, but I have to make a point.”

He also captioned the IG video, “Help me get my kids of [sic] something really, really bad is about to happen any day now… I’m a ticking time bomb—I’ll make Chris Dorner look like Ru-Paul… I’m a sicc [sic] ass individual when you fucc [sic] with my kids. Keep bringing it out of me. Laugh now cry later. Your choice keep playing with me.”

In another deleted post, Kevin wrote that his children are being legally kidnapped and warns that things will end tragically if they are kept away from him.

I keep tryna warn y’all about my mental stability as it pertains my children being legally kidnapped—they are keeping my children from me and I can’t do anything in court without paying at least 2,000 bucks to various groups that provide ‘assistance’ after a while somebody gonna just get hurt because my babies are hurting without me and vice versa… Imma hurt someone. Help out if you don’t wanna see this end tragically. This my last cry for help while I’m in a good mood. The rest is in you mutha fuccers [sic], who sit back and watch or comment but don’t actually do anything helpful. Watch.

Kevin and Eva haven’t been on good terms since they had their daughter Marley in 2014. Things have gotten so bad between the two over the years, Eva has blocked Kevin on all social media platforms and refers to him as a “blast from the past”. She also has full custody of their daughter.

“We don’t have a relationship. He’s blocked on all my social media. I have full custody of my daughter and her dad is Michael Sterling, so he is a blast from the past and a memory,” Marcille said in an interview.

Kevin’s oldest daughter Jenesis is from another relationship, however, her mother is unknown at the time.

In November of last year, Kevin deleted all pictures of his daughters from his account. Just yesterday, he put photos of the girls back up on his page.

Kevin also took to Twitter to vent over not be able to see his daughters.

You can’t play with a man and his kids lol you saw John Que https://t.co/ORxjBvAeoI

Please keep Eva and her family in your prayers; this kind of crazy can only result in someone getting hurt badly.