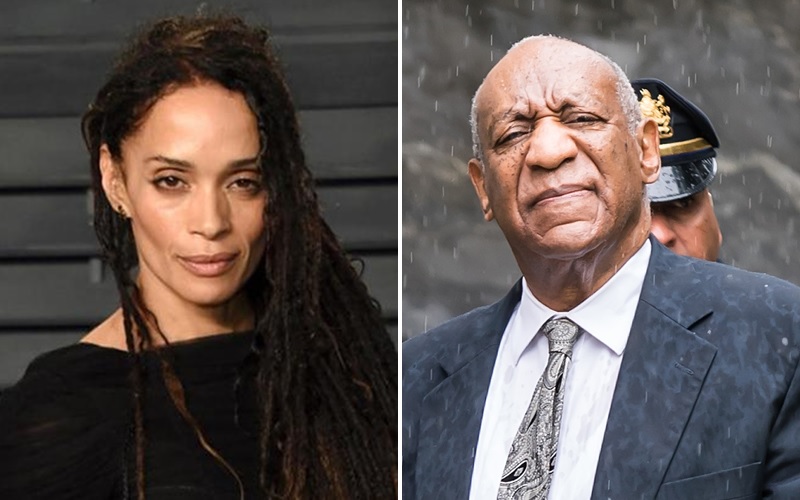 Lisa Bonet is breaking her silence regarding Bill Cosby’s rape and sexual assault scandal. The Cosby Show star says there was something “sinister” about her TV dad.

As the March cover story for PorterEdit, Lisa briefly discussed her thoughts on the sexual misconduct allegations against Cosby, a subject she has been reluctant to speak publicly about.

Bonet says her positive memories of working on the Cosby Show set remain “exactly as I remember it,” but admitted she felt an unsettling energy around the comedian.

“[T]here was no knowledge on my part about his specific actions, but … There was just energy. And that type of sinister, shadow energy cannot be concealed.

“And if I had anything more to reveal then it would have happened a long time ago. That’s my nature. The truth will set you free.”

In recent years, more than 50 women have come forward to accuse Cosby of sexual assault. The incidents allegedly occurred as far back as the 1960s, with many women sharing similar stories of Cosby secretly drugging them before allegedly assaulting them.

Though the statute of limitations has expired for most of the allegations, Cosby stood trial in 2017 for aggravated indecent assault in connection with a 2004 incident. The case ended in a mistrial and a retrial is set for April.

“I don’t need to say, ‘I told you so’,” Bonet told PorterEdit. “I just leave all that to karma and justice and what will be.”

Until now, Bonet, who also starred on the Cosby Show’s spin-off A Different World, did not talk about Cosby’s scandal, not even to her famous daughter, actress Zoe Kravitz. “She’d plead the Fifth, even to me,” Kravitz said in a 2015 interview.

“I think she’s just staying out of it. She’s just as disgusted and concerned as everyone else is, but I don’t think she has any insight. It’s news to her as well.”