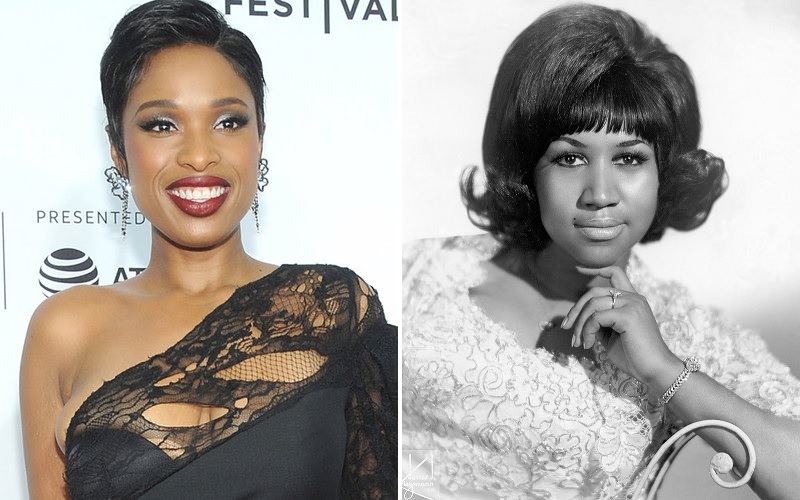 Jennifer Hudson has landed her next film gig and she’s tackling a true legend. J-Hud will portray Aretha Franklin in an upcoming biopic approved by the Queen of Soul herself.

Legendary music producer and executive Clive Davis unexpectedly revealed Hudson’s casting as Aretha during his pre-Grammy party. He also noted that Aretha handpicked the award-winning singer/actress to portray her on film. Hudson won an Oscar in 2007 for her performance in Dreamgirls.

Hudson performed a medley of Aretha’s hits at Davis’ Grammy party, including, “Think,” “Rock Steady,” and “You Make Me Feel Like a Natural Woman.”

Variety reports MGM has acquired the rights to the untitled film project. Scott Bernstein (Straight Outta Compton) and music producer Harvey Mason have signed on as two of the film’s producers.

Aretha has longtime pushed for a movie about her life. Back in 2011, she stated she wanted Halle Berry to play her. However, the Oscar winner declined, mainly because she doesn’t sing. “Someone should tell Aretha that I can’t do her justice,” Halle said.

Aretha further explained why Berry was her first choice in a statement she exclusively sent to Wendy Williams.

“I would’ve liked Halle Berry to portray the older Aretha in the upcoming biopic of my life based on my memoir, Aretha: From These Roots. She was my first choice, everything’s subject to negotiation, and she shouldn’t underestimate her own talent. There are a number of other leading ladies out there that can definitely handle the role. I never expected Halle to sing. She’s an actress, not a singer. Many actors have portrayed vocalists by lip-synching to the artists’ original recordings.”

Coincidentally, Williams suggested Jennifer Hudson after Berry took herself out of the running.

For the most part, Twitter seems pleased with the casting choice.

Jennifer Hudson is portraying Aretha Franklin in the new Biopic! Like what!? I'm so here for this sis

Jennifer Hudson playing Aretha Franklin ?she about to SANG WITH ALL HER SOUL

If Aretha let go and let them make a movie based on FACTS, Jennifer Hudson could have another Academy Award.