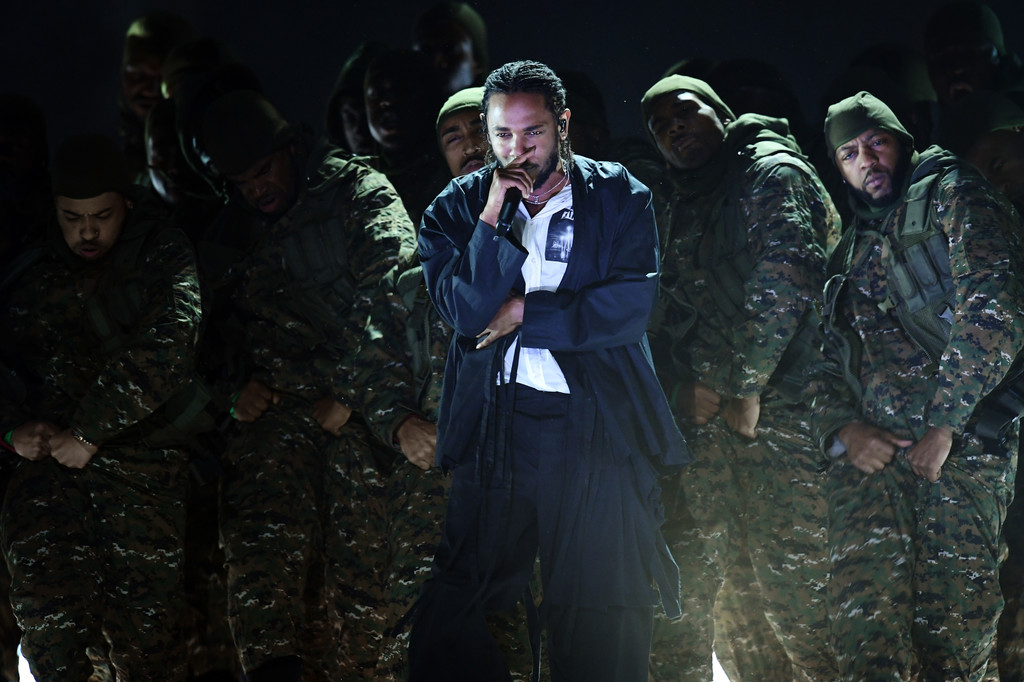 Kendrick Lamar opened the 60th Annual Grammy Awards Sunday night (Jan. 28) with a powerful, politically charged performance that featured a lot of fire (literally and figuratively) as well as appearances from legendary rock band U2 and comedy legend Dave Chapelle.

Afterward, Dave Chappelle took the stage and introduced himself, saying, “I just wanted to remind the audience that the only thing more frightening than watching a black man be honest in America, is being an honest black man in America.”

Kendrick then returned to the stage and continued his set, this time performing “King’s Dead.” The first song performed by Kendrick is a cut from his critically acclaimed 2017 album DAMN, which earned him seven Grammy nods this year—the second most behind JAY-Z’s eight. The second song comes from the “Black Panther” soundtrack, which was produced by Kendrick.