GOSSIPONTHIS.COM Music Bruno Mars and Cardi B Brought “Finesse” to the 2018 Grammys 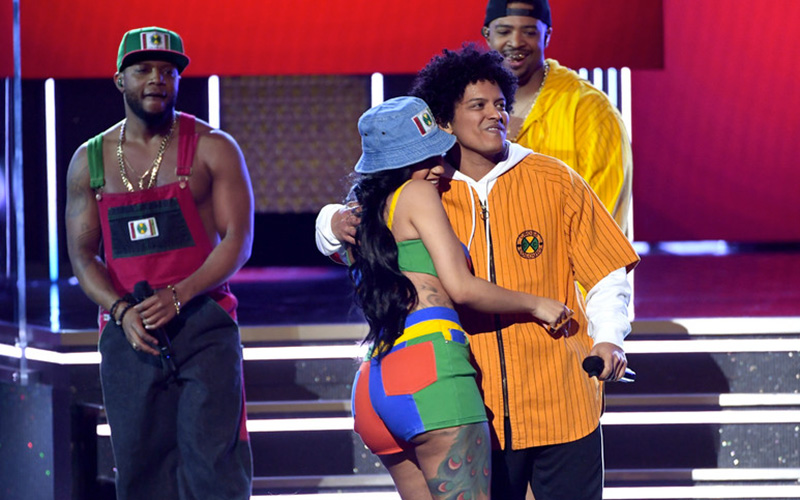 In one of the night’s most anticipated performances, Bruno and Bardi lit the Grammys stage up as they brought their “In Living Color”-inspired music video to life, complete with 90’s outfits and the word “Finesse” written in large letters behind them.

Someone on Twitter hilariously pointed out that Cardi B was dressed like a Hot Dog on a Stick employee.

The duo’s set kicked off with a solo verse from Cardi, followed by Bruno and the Hooligans, who wowed the audience with a quick dance break in the middle of the performance. Cardi then came back out for a second time, and she and Mars ended their joint performance together. This marks Cardi B’s first time ever performing on the main stage at an award show.