GOSSIPONTHIS.COM Celebs Ciara Responds to Backlash Over Video Telling Women to “Level Up” in... 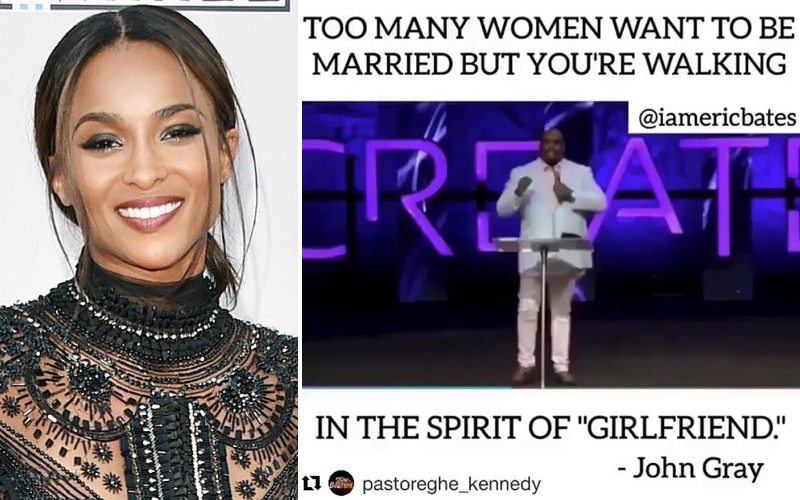 Black Twitter and Instagram had a lot say after Ciara inadvertently implied women should “level up” to meet the expectations of men if they want really want to find a husband. However, the backlash caused the singer to clarify her intentions.

Over the weekend, the happily married Mrs. Russell Wilson gave single women some unsolicited advice on how to get chose. She posted a clip of a sermon by Pastor John Gray in which he said too many are “walking in the spirit of girlfriend” and therefore can’t find a husband.

“#LevelUp. Don’t Settle,” Ciara agreed and captioned the post, which led to an onslaught of social media backlash. Many disagreed that women should change themselves and act a certain way to attract a man. Ciara was also dragged for perpetuating the archaic notion that all women aspire to be a “wife.”

“level up”? these types of messages are so toxic to women. your value does not depend on a man wanting you and marriage is not the be all and end all. ciara is basic af for spreading this https://t.co/EQqTBDAIwa

Getting married to a half-baked man is the easiest mess to do. Someone should tell Ciara and her Pastor that today's women choose to be single until men #LevelUp! Marriage is a decision not an accomplishment dammit! ?????

Every so often, Ciara does something that reminds you to be grateful for the time Rihanna got her ass together on Twitter.

Believing her post had been misconstrued, Ciara responded to the backlash. She explained that she needed to learn how to love herself before someone could love her in the “perfect” way she wanted.

As you recall, Ciara had an extremely messy break-up with Future and the two share a three-year-old son together. She married Seattle Seahawks quarterback Russell Wilson in 2016 and they welcomed a daughter in 2017. Many have referred to Ciara and Wilson as #RelationshipGoals.