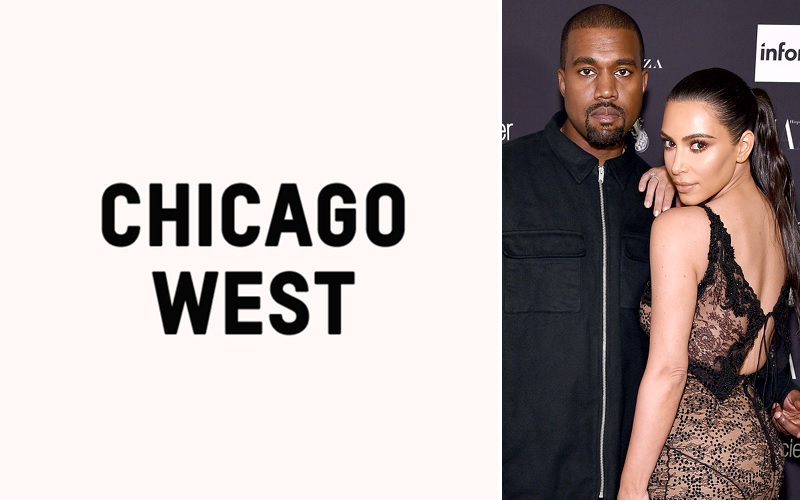 All the guessing and speculation of the name of the newest Baby West can finally come to an end. Just as anticipation reached a fever pitch, Kim Kardashian and Kanye West have revealed the name of their third child!

Kim revealed the name of her daughter via her app on Friday. It’s unclear if the couple chose the name earlier in their surrogate’s pregnancy or after meeting their newborn daughter. Kanye grew up on the South Side of Chicago.

Kim also added that the baby’s nickname will be Chi, pronounced “Shy.”

Baby Chi was born via surrogacy on January 15 and weighed 7 lbs., 6 oz. Kim and Kanye were both in the room when she was born and Kim was the first to have skin-to-skin contact. Kim announced her daughter’s birth via her app on Tuesday (Jan. 16).

“Kanye and I are happy to announce the arrival of our healthy, beautiful baby girl. We are incredibly grateful to our surrogate who made our dreams come true with the greatest gift one could give and to our wonderful doctors and nurses for their special care. North and Saint are especially thrilled to welcome their baby sister.”

This is Kim and Kanye’s third child. They also have daughter North, 4, and son Saint, 2. We wish the family of five well.

Me when I found out Kim named her baby Chicago West pic.twitter.com/6jdEsNW4cX

How Chicago West sleeps at night knowing that there’s haters pressed about her name but her net worth at 4 days old is more than yours in a life time. pic.twitter.com/AQOsxeztXB

Chicago West might be the Blackest thing Kanye has done in about 5 years or so.

?And they will call her Chi PRONOUNCED (SHY) and not (CHAI) FYI!

Chicago West is a FIRE name.

How Chicago West shall be introduced from here on out. pic.twitter.com/QAI8IOCUnj

*white parent voice* I can't believe Kim and Kanye named their baby girl Chicago West, that's ridiculous! Oh no, it's almost 4:30, I need to pick up my kids Lakynn and Nayvie. pic.twitter.com/NfToiowbfh

Chicago West sounds like the pizza your mum gets from Aldi

Because Kanye thinks of himself as a North Chicago Saint pic.twitter.com/xdNy18824A

You know there are white people making fun of the name Chicago West who are gonna name their daughter Brooklyn.

Chicago West on her “Chicago World Tour” in 2041

"Kim named her baby Chicago West"
All of Chicago: pic.twitter.com/Szt3Ov3c91