GOSSIPONTHIS.COM TV “The Real” Renewed for 2 More Seasons As Talk Show Grows in... 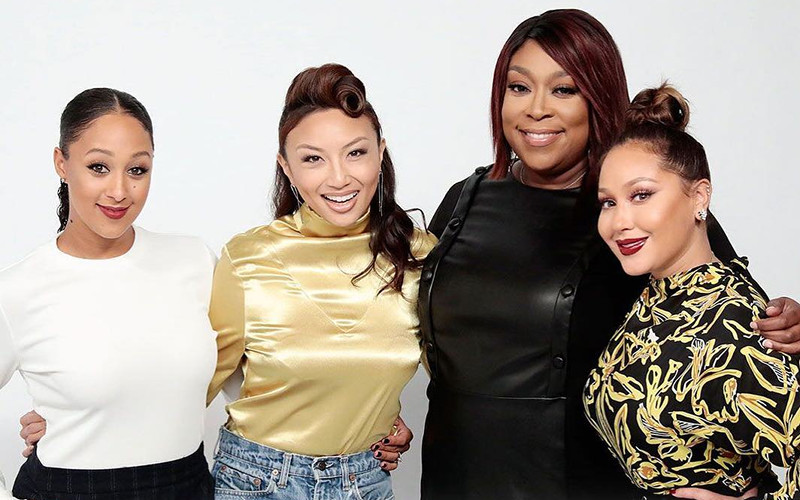 Though many wondered if the show would be worth watching without Tamar Braxton, it looks like The Real is stronger than ever. The daytime talk show was just renewed for two more seasons.

Warner Bros. Domestic Television Distribution and Telepictures made the announcement Wednesday (Jan. 3). The show and its hosts Adrienne Houghton, Loni Love, Jeannie Mai and Tamera Mowry-Housley will be around until at least 2020 as they complete its fifth and sixth seasons.

“Since 2010-11 season, 23 talk shows have launched and The Real and Steve Harvey are the only two series to last four or more seasons. While there are other panel talk series on the air, what truly makes The Real stand out from the pack is that it is comprised of four very strong, very authentic and very engaging hosts whose chemistry is unrivaled.

“Fox has been with us since the start, and we are thrilled that together we have built a strong franchise that will continue to entertain, inform and inspire viewers for years and years to come.”

The Real began airing live with its current fourth season. The change has been well-received by loyal viewers and has helped the show increase its social media impact, which most likely was a factor in its renewal. Executive producer Rachel Miskowiec says:

“This season has been a thrill. Going live showcases Adrienne, Loni, Jeannie, and Tamera in the best light. They’re able to address the tough questions and the headlines as they break. The news cycle is only getting faster and we’re looking forward to keeping up with the hottest stories and booking more guests to contribute to the conversation.”

The Real is broadcast on Fox Television stations and airs encore presentations on BET nightly. There’s still no word if Ray J is actually joining the show as a permanent co-host or there are any plans to fill the empty fifth seat at all.