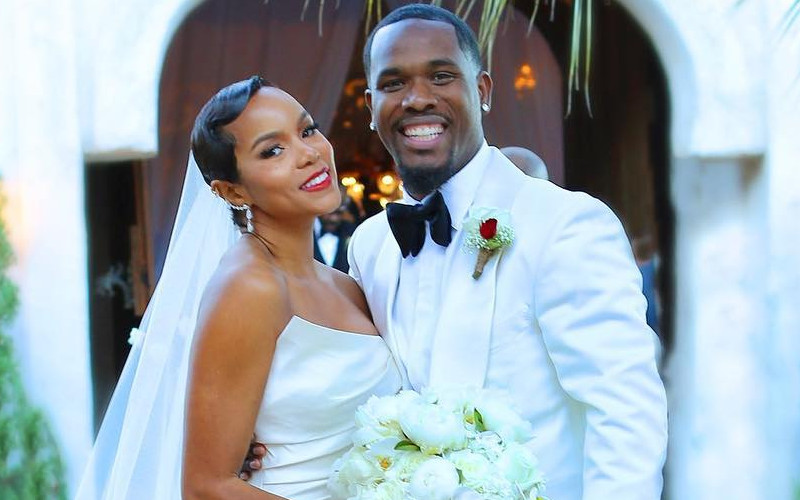 LeToya Luckett said “Yes, yes, yes, I do!” The original Destiny’s Child member walked down the aisle and married a man named Tommicus Walker over the weekend.

Luckett and Walker tied the knot Sunday (Dec. 10) among close friends and family. The lavish evening ceremony was held at Villa Antonia, a stunning mansion in Austin, Texas and the canyons of Texas Hill Country.

Essence had an exclusive inside look at the beautiful wedding. Luckett wore a custom Vera Wang gown and Christian Louboutin sandals. “Vera Wang graciously allowed me to add a few touches to my dress as my own addition,” Luckett told the magazine. The groom wore a Tom Ford jacket and pants by Ermenegildo Zegna.

Making up the bridal party, Luckett had two matrons of honor, one being her best friend and wife of rapper Ludacris, Eudoxie Bridges. Walker had two best men, his brothers Tamarcus and Treoun Walker. Tommicus proposed during a surprise birthday party LeToya had planned for him.

The couple was introduced by designer Nikki Chu, who set them up on a blind date. “Immediately the chemistry was there,” LeToya told Essence.

“We started talking and laughing. He’s from Texas just like me,” she said. “Talking to him felt like being home again. We talked for a few weeks and he still didn’t know what I looked like or my full name or anything like that.”

We wish the newlyweds well!