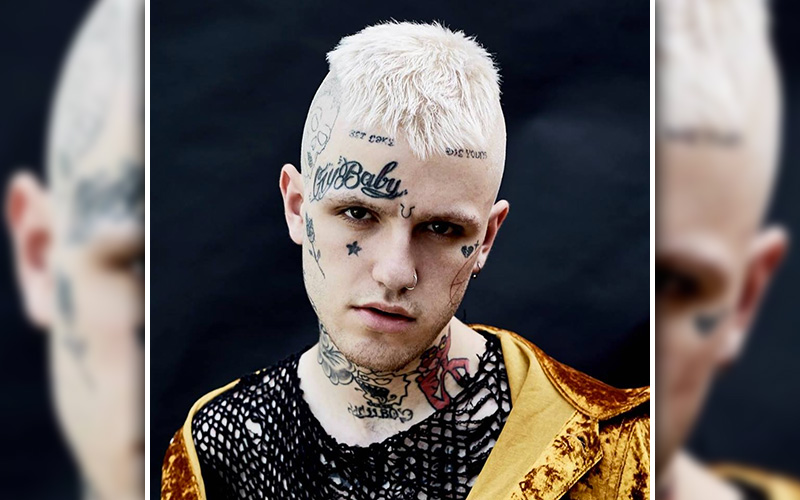 “I’m completely heart broken and lost right now,” Cortez said on Instagram. “I can’t even feel it’s not real. I love you and I’ll miss you always. One of the realest. Please someone tell me this isn’t real.”

Though his cause of death has yet to be revealed or confirmed, it is believed that the New York-based emo artist (real name: Gustav Åhr) died as the result of a drug overdose. He was just 21 years old.

Lil Peep, who had a large internet following in the millions (nearly 900K Instagram followers, over 200K Twitter followers, 235K Facebook likes and more than 300K YouTube subscribers), had a promising career ahead of him.

Peep’s initial fame came from his YouTube channel, where a number of his music videos have millions of views. His debut album, Come Over When You’re Sober, was released on September 1st.

The rapper’s drug-infused anthems and his social media accounts offered a glimpse into his lifestyle, which often included him drinking heavily and abusing prescription drugs. In fact, within the last 24 hours, he posted photos of himself taking Xanax and talking about death, saying, “When I die You’ll love me.”

His album included numerous references to his use of cocaine, molly, Xanax, ecstasy and other drugs.

Posts on online forums such as Reddit and KanyeToThe are attributing Lil Peep’s death to an overdose before a concert in Tucson, Arizona Wednesday night (Nov. 15).

Peep, whose “Come Over When You’re Sober Tour” launched last month in Seattle, was scheduled to perform a concert at The Observatory in Santa Ana, California tonight (Thurs, Nov. 16), which would have marked the end of the tour.

Lil Peep’s name is currently trending on Twitter, with many users (including well-known celebs and Hip-Hop artists) are sharing their condolences and paying tribute to the emerging rapper.

in the short time that i knew you, you were a great friend to me and a great person. your music changed the world and it'll never be the same. i love you bud. forever pic.twitter.com/tpbxpkf4f4

Lil peep dying should be an eye opener to not ridicule someone for their drug use but to talk to them about it. A lot of times it is just a coping mechanism to supress pain and illness. Being vocal with those you truly care about is so damn critical, don’t take it for granted.

I can't believe such a talented amazing person is gone so quickly. I love you Lil Peep. Rest In Peace ? pic.twitter.com/xYsehmnIYX

If you see your homie always popping pills he's not getting lit… he needs help.

fuck i can’t believe lil peep died. i really thought this was just the beginning for him… RIP 🙁 fuck mental illness