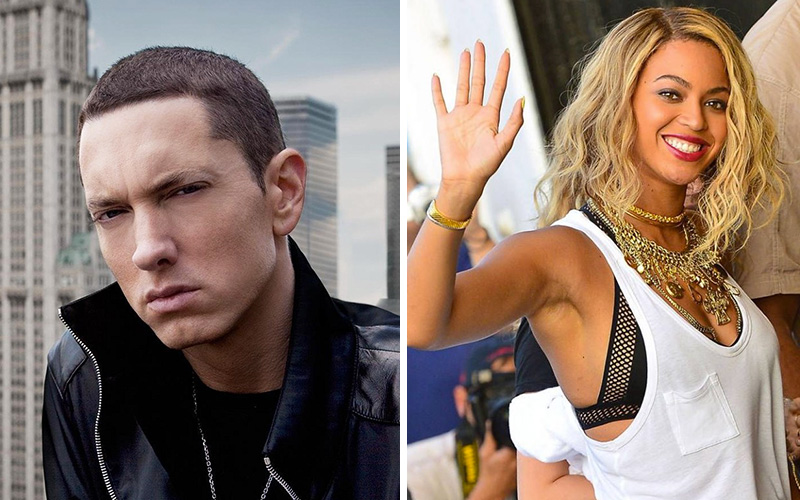 Eminem is back, and his comeback single features Beyoncé!

Just days after teasing the new song, “Walk on Water,” via Instagram, the rapper has released the single, which serves as the first offering from his highly anticipated ninth studio album Revival.

The mellow song kicks off with Beyoncé’s angelic vocals over a simple piano track. She sings, “I walk on water, but I ain’t no Jesus. I walk on water but only when it freezes.”

Then Eminem comes in and angry-raps, as Eminem does.

Eminem is set to perform “Walk on Water” (likely without Beyoncé, but you never know!) this Sunday (Nov. 12) at the MTV EMAs (Europe Music Awards) in London. He’ll also take the stage on Saturday Night Live next weekend.

Listen to “Walk on Water” below: