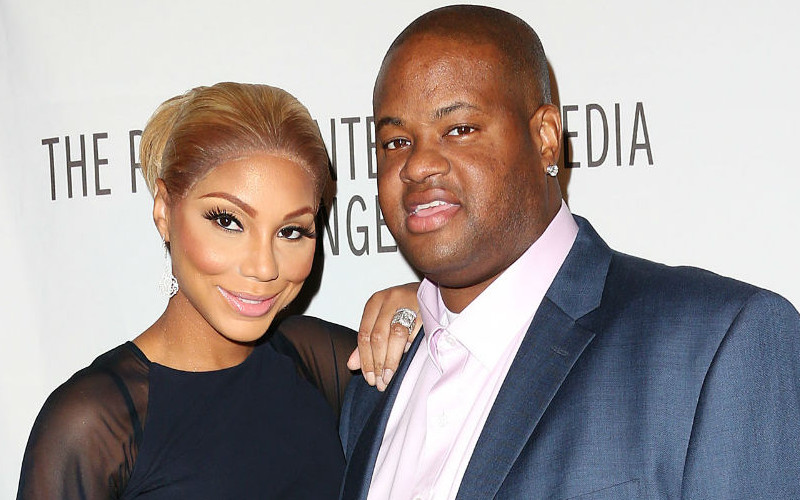 Tamar Braxton recently stated she was taking a step back from her music career to “save her marriage.” Apparently, there wasn’t much to save because the singer has filed for divorce.

TMZ reports Tamar filed divorce papers on Tuesday (Oct. 24) in L.A. County. She and husband Vincent Herbert have been married for eight years. In fact, the divorce announcement comes just a month before their 9-year anniversary.

The couple began dating in 2003 after being introduced by Tamar’s sister, Toni Braxton. They have one child together, 4-year-old Logan Vincent. However, earlier this year, the two were actively trying to conceive again but struggled with IVF treatments.

Though the split seems sudden since the couple has been trying to put on a united front lately, we should have all seen this coming. Sources tell TMZ Tamar and Vince’s relationship has been a “rollercoaster” since their domestic dispute last year.

In August 2016, the two got into an argument that turned physical while staying at the Ritz Carlton in Atlanta. Vince reportedly bit Tamar and drew blood. 911 was called and the singer needed stitches. However, Vince was not arrested or charged as he had left the scene when police arrived.

Rumors began to swirl that this wasn’t the first time things had gotten physical with each other.

The couple was again tested earlier this year when a woman claimed Vince cheated on Tamar with her the night before he got married. She claims this one-night-stand resulted in a daughter. Tamar shot down the allegation on social media and addressed it on The Wendy Williams Show alongside Vince.

Following the divorce news, TMZ reports Tamar has already moved out of the home. The couple put their $3.7 million Calabasas mansion on the market earlier this month, which should have been a red flag of trouble to come.

Meanwhile, season 5 of their reality show Tamar & Vince will premiere November 9th on WE TV.