GOSSIPONTHIS.COM Hip Hop Cardi B Is the First Solo Female Rapper to Claim No. 1... 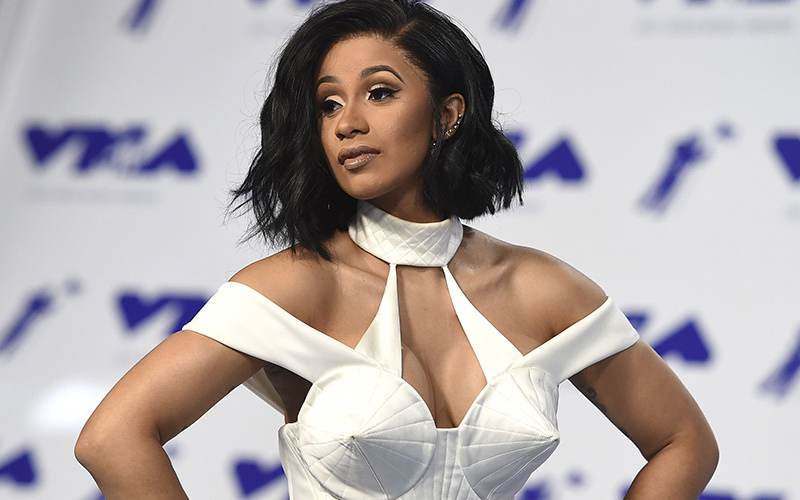 Cardi B just keeps on winning. The breakout artist of the year just became the first female rapper to top the Billboard Hot 100 (with a solo record) in nearly 20 years!

As of Monday (Sept. 25), “Bodak Yellow” is officially the number one song in the country. The last time a solo single by a female rapper claimed the No. 1 spot on the chart was back in 1998 when Lauryn Hill achieved the feat with “Doo Wop (That Thing).

Back in August, “Bodak Yellow” made the former Love & Hip Hop star become the highest charting solo female rapper since Nicki Minaj’s “Anaconda” in 2014. However, having a No. 1 solo single on the Hot 100 is something even Minaj hasn’t done since debuting on the chart in 2010.

Minaj congratulated Cardi B for the achievement on Twitter.

Congratulations to a fellow NEW YAWKA on a RECORD BREAKING achievement. Bardi, this is the only thing that matters!!! Enjoy it??? @iamcardib

Carbi B is now among five female rappers to ever hit No. 1 on the Hot 100. The others include Lil Kim (with Christina Aguilera, Mya and Pink for “Lady Marmalade”), Shawnaa (featured on Ludacris’ “Stand Up”), Iggy Azalea (with Charli XCX for “Fancy”) and the previously mentioned Lauryn Hill.

Also, an equally marvelous achievement—to me at least—Cardi dethroned Taylor Swift whose wretched “Look What You Made Me Do” has held the Hot 100 top-spot for three consecutive weeks.