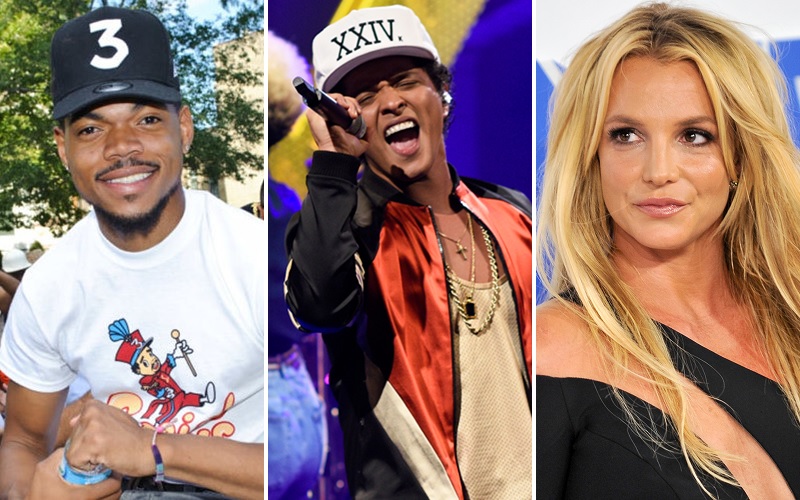 Something must be in the air because celebrities are feeling extra generous lately. Bruno Mars, Chance the Rapper, and Britney Spears have all recently lent a helping hand to those in need.

Mars made a surprise announcement during his concert in Detroit on Saturday night (Aug. 12). The singer announced he will be donating $1 million to aid in the ongoing water crisis in Flint, Michigan.

Mars said in a statement:

“I’m very thankful to the Michigan audience for joining me in supporting this cause. Ongoing challenges remain years later for Flint residents, and it’s important that we don’t forget our brothers and sisters affected by this disaster. As people, especially as Americans, we need to stand together to make sure something like this never happens in any community ever again.”

Proceeds from Mars’ sold-out concert at the Palace of Auburn Hills will be donated to the Community Foundation of Greater Flint. In a statement, the organization said it is “honored” and “grateful” for the donation.

“We know Bruno Mars’ $1 million gift will be transformative to the children and families of Flint. He understands the issues faced by Flint citizens, and we are touched by his concern and generosity.”

The ongoing Flint Water Crisis began in 2014 when the city’s drinking water supply was switched from Detroit to the Flint River. Insufficient treatment exposed more than 100,000 residents to water with high lead levels that have been linked to Legionnaires’ disease and other health issues.

Meanwhile, also on Saturday, Chance the Rapper served as the grand marshal for Chicago’s Bud Billiken Bash, the city’s annual back-to-school parade. In connection with his non-profit, SocialWorks, the rapper passed out 30,000 bookbags packed with school supplies.

He also held a surprise free concert. “I wanted to make sure I can identify all those teachers that support our youth and build our children up, all those fathers that are out here with their families, the cornerstones of their houses, bringing their families out,” he said.

In a pre-recorded video, President Barack Obama also had an inspiring message for those who attended the concert.

A video of Obama during Chance's concert. Nothing but respect for MY President. pic.twitter.com/T0pb9lZogj

Britney Spears has also announced that from now until the end of the year, $1 of every ticket sold of her blockbuster Las Vegas residency show will go towards public schools affected by the devastating Louisiana floods last year. Louisiana is Spears’ home state.

Spears’ Vegas show, Britney: A Piece of Me, has earned over $115 million to date and has maintained an 84% attendance record.