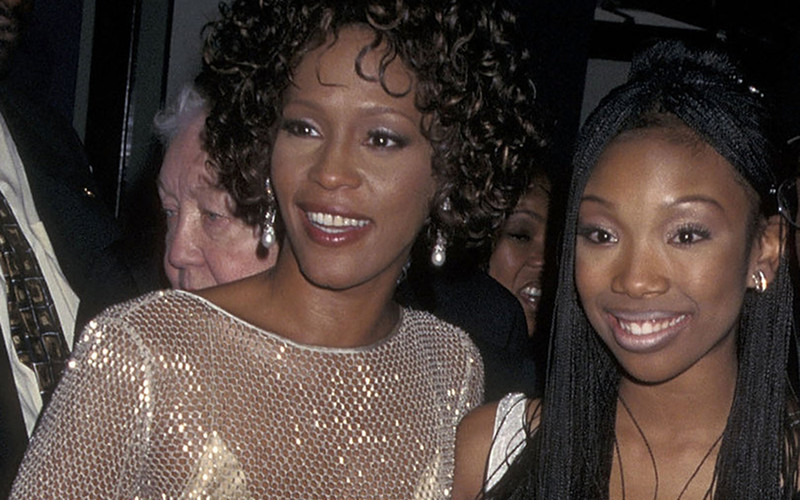 Did you know that Whitney Houston personally chose Brandy to carry her legacy? We didn’t either, but that didn’t stop the singer from claiming so on Instagram.

Brandy spent Wednesday (Aug. 9) honoring Whitney, who would have turned 54 today. The singer posted three tributes on Instagram, all in which Brandy practically bragged about her relationship with the icon. However, it was Brandy’s claim that Whitney passed the torch to her that got social media’s attention.

“Happy Born Day Whitney. You live on in me… I can feel your Spirit inside of me and all around me. My angel, my friend, my fairy God Mother. I love you forever… thank you for trusting me with the torch!” she wrote in one of the tributes.

Apparently, because Whitney’s untimely passing in February 2012 happened on Brandy’s own birthday (Feb. 11), she took it as a sign that Whitney chose her to carry on her legacy. She explained in the comment section of The Jasmine Brand’s IG post about Brandy’s Whitney tributes:

Don’t project your petty on me… she passed the torch when she passed on my birthday. I have a duty to do what she asked me to do and not anyone else. No one knows what we talked about and no one knows what the note said but she gave it to me and I made her a promise!

Black Twitter was as just as confused as I am by this declaration and, of course, went on to drag the singer.

#brandy: "She passed the torch to me, when she passed on my birthday".
Black Twitter: pic.twitter.com/ia8lxfAhir

Monica: Whi-
Brandy: SHE DIED ON MY DAY SO I CAN LIVE. She liked you but loved me. I am her successor. I am who she wanted. ME. not you. ME!

I used to think Ray J was Brandy's corny brother but as time has gone by I think corny just runs in the family.

If Whitney passed the torch to #Brandy, then the flames must've died or she dropped the whole damn thing..when the last time she had a hit? pic.twitter.com/ucWFFRdmR4

When you haven't had a gold or platinum record since Whitney passed you the torch pic.twitter.com/ADHQGGWzTq

say Nippy three times in the mirror & Brandy appears in a SUV.

Sometimes I feel like Whitney died to get away from Brandy, Imma stfu about it tho. pic.twitter.com/zXcdY8TBAV

Though Brandy is an incredible vocalist, she will never claim Whitney’s title of “The Voice.” And I know for damn sure we didn’t ask her to carry Whitney’s torch.

Even if (and that’s a big if) Whitney sent Brandy a special note before her passing, Brandy should keep statements like this to herself. Otherwise, she’s just going to get dragged by Black Twitter over and over again.