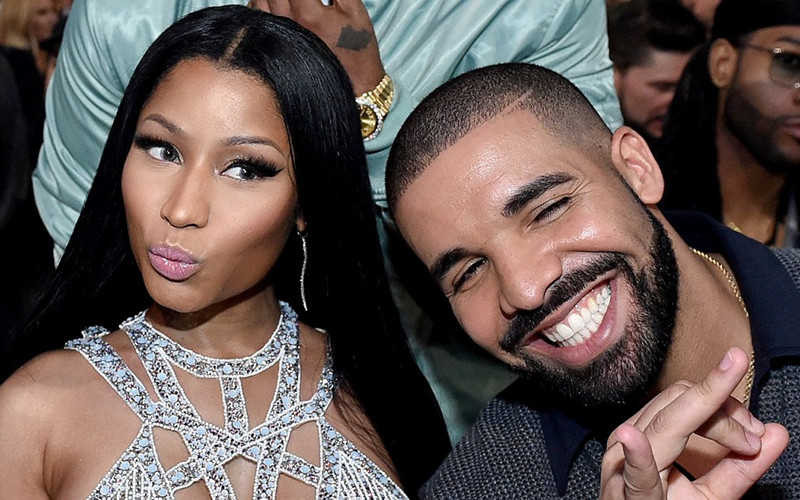 Young Money might have a new power couple. Drake and Nicki Minaj have sparked rumors the two are now dating.

Nicki surprised Drake at Story nightclub in Miami Beach on Sunday (Jul. 30) to support his late-night show. The two attempted to sneak out the club together at around 4:30 a.m., only to be caught by paparazzi and were snapped hugging in the dimly lit back alley behind the club. They reportedly left together, but there are no photos to back this up.

But one moment that was captured was when Nicki and Drake retreated up a set of stairs at the club, presumably for some alone time. The expression on Nicki’s face when she spotted the camera was priceless, and the photo instantly became a viral meme.

The Young Money artists have actually spent several days in Miami together. Drake participated in a number of events in connection with the El Clasico Real Madrid vs. Barcelona soccer match in Miami on July 29th. Nicki attended to support her friend and enjoy the festivities. However, all of the quality time has people wondering and a source tells MTO, that they are more than friends. The source says Drizzy and Nicki are “definitely dating” but are “taking it slow.”

Nicki and Drake have long had a “will they/won’t they” vibe about them. Now that they’re both single, maybe they’ll give it a try.