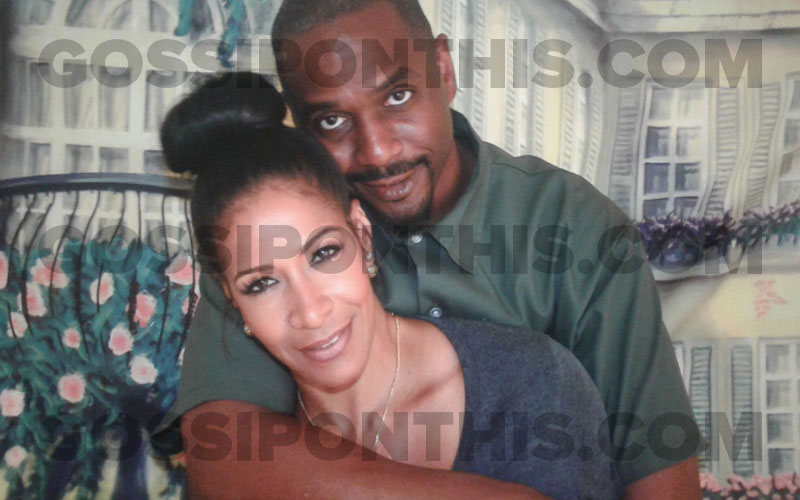 Bravo’s “Housewives” certainly love a criminal. Rumor has it Real Housewives of Atlanta star Sheree Whitfield has married current inmate Tyrone Gilliams, and we’ve got the photos to prove it.

The word on the street is that Sheree and Tyrone recently tied the knot and the two call each other “husband” and “wifey” during prison visits. We even have photos of the couple with Sheree wearing a shirt with the word “Wifey” on it. Given that Gilliams is currently behind bars in an Atlanta prison, we don’t know if this marriage is legal or not. However, the couple was linked together last year when it was rumored they were engaged.

Andy Cohen pressed Sheree on this rumor during a Watch What Happens Live! episode in December. She played coy, but didn’t exactly shoot down the rumors. “I am not engaged. We’re friends. We’ve been friends for a long time,” she told the host.

She confirmed Tyrone was in jail during the broadcast but didn’t go into details. The Philadelphia businessman is currently serving a 10-year sentence in federal prison for fraud after scamming $5 million from investors. He’s scheduled for release in 2022. RHOA fans might also remember Tyrone as being the cause of Sheree’s epic fallout with NeNe Leakes in season 4.

The two housewives argued over a business venture that went south due to the promoter Sheree introduced NeNe to; Tyrone was the promoter in question. Sheree has not commented on the marriage speculation yet. But it seems Kenya Moore isn’t the only Atlanta housewife to secretly get hitched. I wonder will cameras follow her to the prison for her conjugal visits?

Real Housewives of Atlanta returns sometime in November on Bravo.