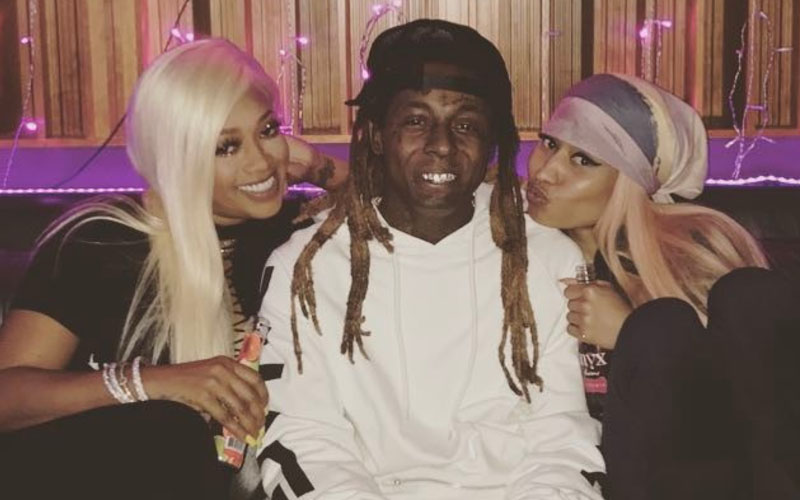 Once upon a time, Nicki Minaj was good friends with Remy Ma. As we all know, that “friendship” has soured recently now that Remy has left prison and resumed her rap career.

Nicki posted a cozy pic of her, Trina and Lil’ Wayne hanging out as they sipped on her MYX line of malt liquor.

Nicki and Trina’s friendship goes way back to when the two women appeared together on what was arguably Nicki’s mainstream breakout track, the remix to Yo Gotti’s song “Five-Star Chick.” We won’t even go into the fact that Trina and Wayne used to date and how messy that is….

Trina reciprocated the love and affection from Nicki Minaj by posting the same pic on her page as well.

Hopefully all of this camaraderie results in a musical collaboration with Trina and Nicki and not just cute pics for the ‘gram, but I guess we’ll have to wait and see.

Regardless of whether we get new music from these two bad bitches, it’s clear that while Remy Ma is busy squadding up with Cardi B and Dej Loaf, both of whom were once open and vocal supporters of Nicki, the Head Barb is lettin’ y’all know that she has go-to girlfriends in the rap game too. Don’t get it twisted.