GOSSIPONTHIS.COM Celebs Amber Rose & Joe Budden Pose Together in the Men’s Bathroom in... 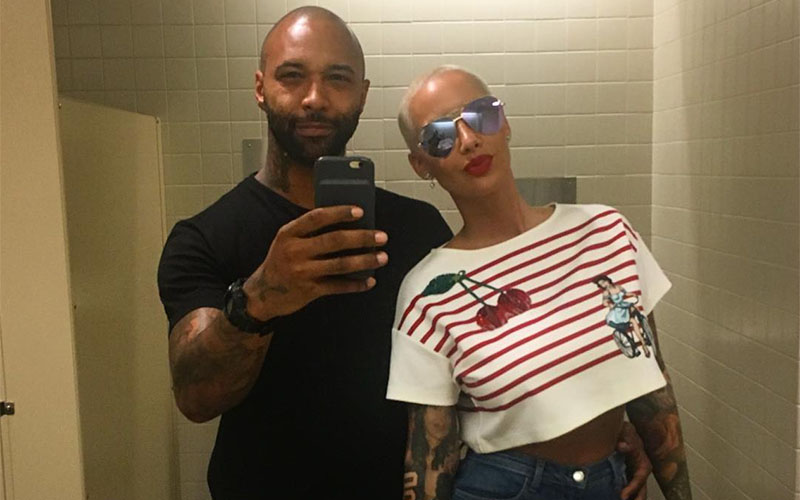 A one-time Love & Hip Hop star and a one-time ex-lover of Kanye West recently got together in the men’s bathroom and made a moment for the ‘gram.

Joe Budden, who is better known as a podcaster, reality TV star and commentator these days than as an actual rapper, posted a curious bathroom selfie that raised a few eyebrows.

Amber Rose, who is still really well known for dating rappers, is currently boo’d up with rising hip-hop star 21 Savage. Her and Budden had a war of words recently when Amber called Budden out for his liberal use of misogynistic language, such as the word “hoe.”

So when Budden says he and Amber had a conversation on “furthering the culture,” we can assume it has something to do with that. Especially since Amber is running around calling herself a neo-feminist or whatever.

While a philosophical discussion on evolving away from misogyny in hip-hop is as endearing as it sounds, I’m more interested in understanding how the hell these two met in the men’s bathroom.

In terms of any kind of romantic trespassing, Cyn Santana, Joe Budden’s current boo, jumped on the ‘gram and let Budden know (playfully, I think) that he needed to watch himself and where he put his hands.

So far, 21 Savage has kept his mouth shut on the budding friendship between Budden and Amber.