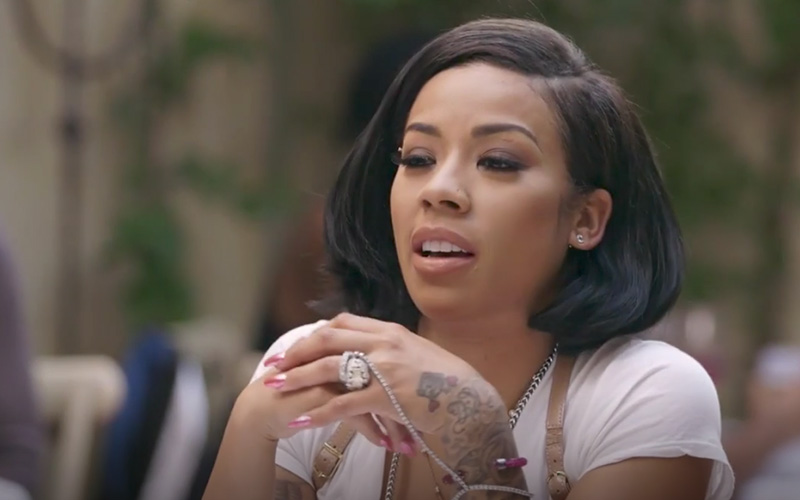 If you thought that Love & Hip Hop Atlanta was the littest franchise in Mona Scott-Young’s ratchet reality empire, think again, because Love & Hip Hop Hollywood is coming for the crown with its fourth season.

Bringing in some serious firepower, Oakland’s finest, Keyshia Cole, has been added to the cast of LHHH and she is bringing the heat for real. As a reality TV vet, Keyshia knows how to stir the pot, and it looks like VH1 got a two-for-one special as her ex-husband, Daniel “Boobie” Gibson, is also part of the cast. And he’s not only part of her storyline, he also blazes his own trail as he ends up entangled with another flop R&B star, Brooke Valentine. Something tells me that “Girlfight” that Brooke Valentine sings about will be coming her way for messing with Keyshia’s baby daddy.

Meet the New Gays: Zellswag Arrives on the Scene After breaking new ground by featuring a gay male romantic relationship between Milan Christopher and Miles Brock, it seemed like VH1 and LHHH would shy away, as the decision to include the fiery couple resulted in a bit of a backlash. Male cast members reportedly refused to film with the couple and many on social media complained about the prominence of the gay relationship.

VH1 and Mona Scott-Young are bringing the gays back to LHHH, but this time, instead of focusing on a romance, they’re adding some drama by focusing on a messy gay stylist who goes by the name of Lazell “Zellswag” Shaw. In the trailer, he scraps with a fellow stylist and later argues with Masika Kalysha.

This direction will probably work. We’ll see if the male cast members of LHHH have progressed and will film and interact closely with Zellswag though.

Is Moniece Faking Her Lesbian Relationship? After running around town with dirty-dick Rich Dollaz, Moniece denied she was tired of the beef and decided to switch her protein of choice to trout.

I’m guessing she got the script from LHHATL’s Mimi Faust.

But word on the street is that Moniece’s lesbian turn is nothing more than a front and when associates of her Justin Bieber-lookin’-ass girlfriend start to ask questions, things get ugly.

This is just the tip of the iceberg though, in terms of what LHHH season 4 has in store for us. Ray J and Princess are having fertility issues, Teairra Mari is bumpin’ uglies with LHHNY’s Cisco and Hazel E thinks she’s the “First Lady of Hollywood.”