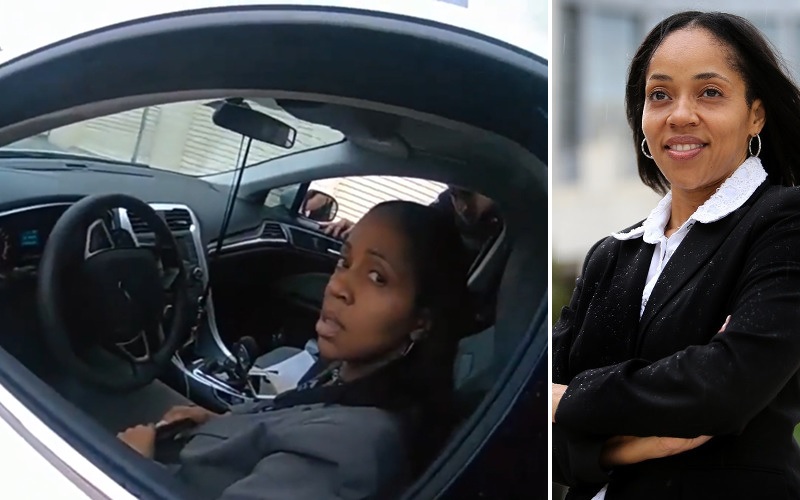 Video footage of Florida’s only black state attorney being stopped by two police officers for no apparent reason has gone viral, leading many to wander if the state attorney was racially profiled.

The Daily Mail recently published bodycam footage of Florida State Attorney Aramis Ayala being pulled over by two cops in June. As the officers approach either side of her vehicle, a noticeably confused Ayala retrieves her ID.

One officer looks at her ID and Ayala identifies herself as a state attorney. The officer then attempts to explain the reason they pulled her over, but just makes the random stop even more perplexing.

“Thank you, your tag didn’t come back. Never seen that before, but we’re good now. We ran the tag; I’ve never seen it before with a Florida tag. It didn’t come back to anything, so that’s the reason for the stop.”

Ayala naturally asks why her tag was run in the first place. The officer, again, struggles to come up with a plausible explanation.

“Oh, we run tags through all the time, whether it’s a traffic light and that sort of stuff. That’s how we figure out if cars are stolen and that sort of thing. Also, the windows are really dark. I don’t have a tint measure, but that’s another reason for the stop.”

Still not satisfied with the officers’ reason(s) for pulling her over, Ayala asks the men for their cards. Explaining they weren’t in their usual patrol car, the two cops wrote down their names on a piece of paper.

The viral video has many wondering if Ayala’s only “crime” was driving while black.

A spokesperson for the Orlando Police Department has defended the stop, citing that Ayala’s tags and tinted windows raised a flag.

“In regards to the video, which was released by the Orlando Police Department last month, the officers stated the tag did not come back as registered to any vehicle. As you can see in the video, the window tint was dark, and officers would not have been able to tell who, or how many people, were in the vehicle.”

As Florida’s first and only elected state attorney of color, Ayala has been a victim of racist attacks including receiving a noose in the mail.

Ayala also made headlines earlier this year for suing Florida Gov. Rick Scott after he removed her from several cases because she refused to seek the death penalty.