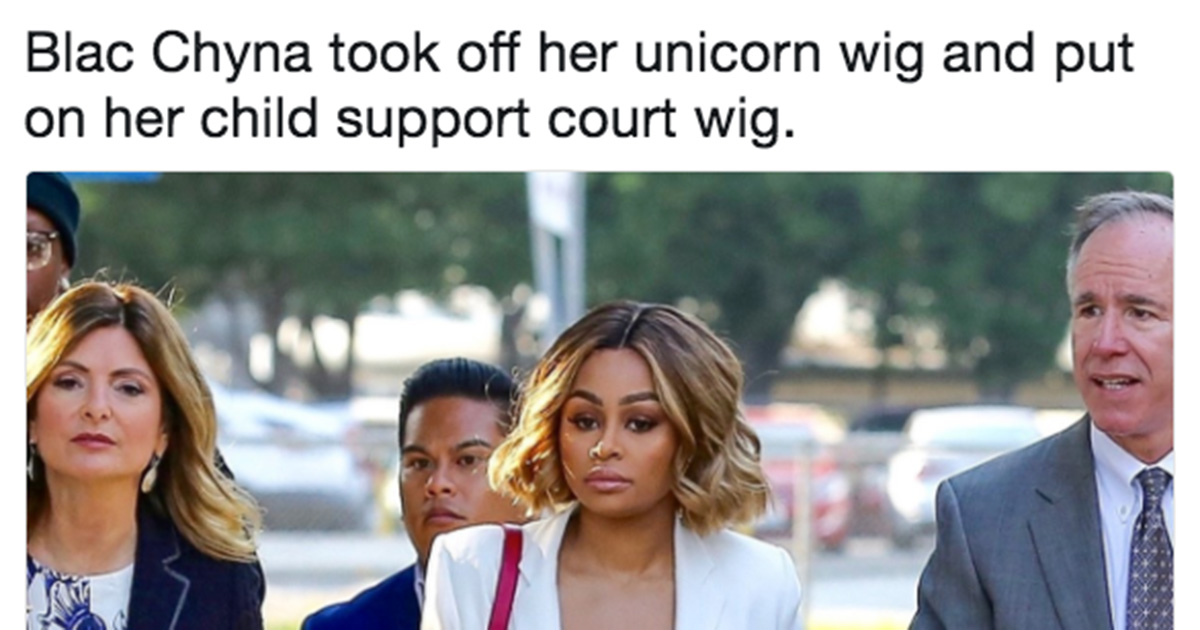 On Monday (Jul. 10), Chyna appeared on Good Morning America in a pre-taped interview to discuss her issues with Rob wearing a long blonde wig with loose waves. Appearing in court, that same day, seeking a restraining order against Rob (which she was granted), Chyna debuted a short bob wig with honey highlights.

Social media definitely noticed that Miss Angela White was serving us her best “legal action wigs” as she was fighting for justice and responded with hilarious memes and comments.

Blac Chyna has a sad wig, a mad wig, a I'm finna get Kris's house in Calabasas wig.

Blac Chyna's "May I please speak to the manager" wig is giving me LIFE right now.

Draw strength from it this morning. And enjoy your day. pic.twitter.com/eHknVTQrjF

Blac chyna went on Good morning America with her blonde wig on like the Joanne the scammer she is.

Chyna gave y'all fun and flirty on the weekend. Damsel in distress this morning. Now she's giving you Legal Locs.

Why Blac Chyna put on that Lifetime courtroom drama wig? She means business. Coming for ya Rob! @WendyWilliams pic.twitter.com/zry63jZA4x now THIS is a legal action wig pic.twitter.com/2w4qJ0h3og