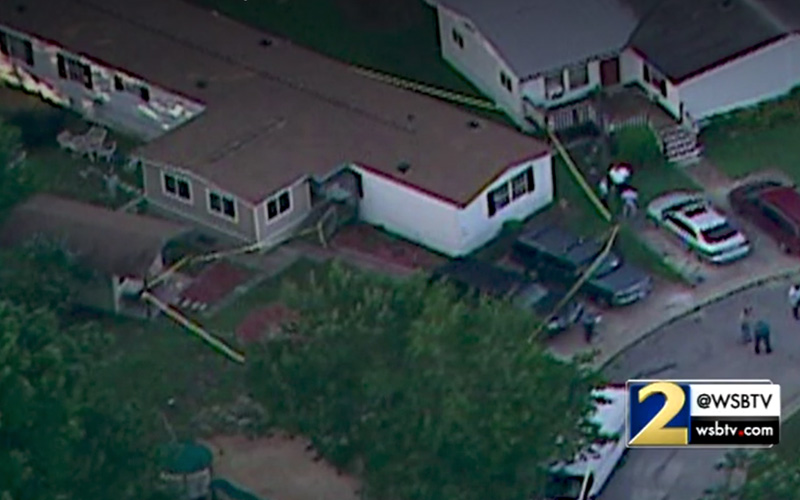 A man and four children were found stabbed to death in a home near Atlanta, Georgia Thursday morning (Jul. 6), and police are saying the mother/wife did it.

According to Atlanta’s WSB-TV, when Gwinnett County police arrived at the home on Emory Lane in Loganville, Georgia they discovered five dead bodies and a sixth victim — a child — who had sustained serious injuries and was rushed to the hospital.

The mother of the children and the man’s wife has been detained for questioning, police said, adding that “specifics on the ages of the children or a motive for this horrendous crime is still unknown.”

“The suspect we have in custody is the wife/mother of the victim’s involved,” Gwinnett Police spokeswoman Michele Pihera said.

Neighbors told a WSB-TV reporter that some of the child victims were “babies,” with the youngest being a toddler and the oldest around 7 years old. Police confirmed that all children involved were under the age of 10, and the husband/father was in his 30s.

The family had reportedly moved from Illinois about a month ago. The mom may have been in the house with her dead family for as long as 24 hours before police were called, neighbors said.

Neighbors: kids are "babies" youngest "toddler oldest about 7yoa" said they moved here from ILL about a month ago. @wsbtv pic.twitter.com/doH7QqLuFL

According to one neighbor, the woman was depressed over her father’s death, but other than that, she seemed to be a loving mother and wife.

“She said her dad passed away months ago, she was in depression and we go to her house and pray sometimes for her dad,” Letty Perez said.

“She seemed so normal, like a regular mother,” Perez added. “She was good, went to our church last weekend, she was there with us … She was a good mother, definitely a good mother.”

Another neighbor said they hadn’t seen the family at all on Wednesday, which was unusual, so they sent a family member to check on them around 4 p.m. “One of the cousins came and knocked on door, no one answered… suspicious,” the neighbor said.

Neighbor: suspect mom was depressed about father dying.They prayed about it in church last Sun., but no indication she wld kill her children pic.twitter.com/FGr2WwqU8j

On the scene in Gwinnett Co police confirm mother of 4 dead children & 1 injured is in custody @wsbtv pic.twitter.com/7k1uyUp2e3

#BREAKINGNEWS @GwinnettPd investigate a scene in a home where a male & "several" children have been found dead on Emory Lane Loganville. pic.twitter.com/Atoh1WnJuL