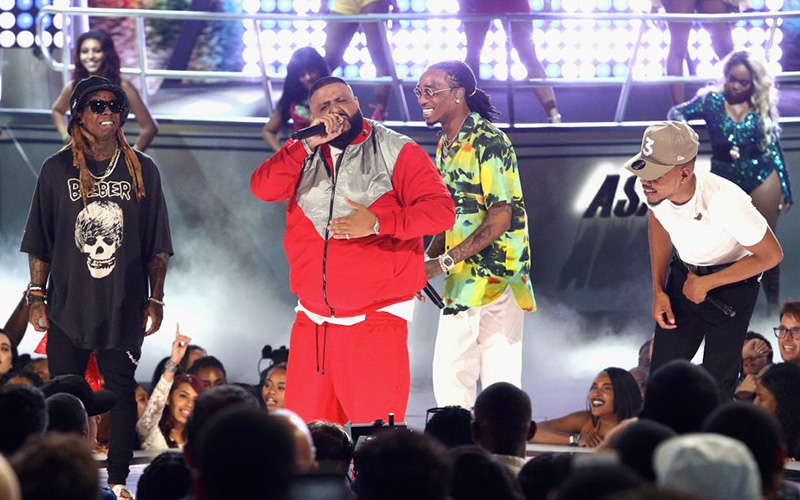 DJ Khaled closed out the 2017 BET Awards Sunday night (Jun. 25) with a star-studded performance of his hit single “I’m the One.”

Performing atop a giant yacht named after his son Asahd, DJ Khaled was joined by the song’s featured artists Quavo, Chance the Rapper and Lil Wayne, as well as a bevy of beautiful women dancing along with them. Justin Bieber, who sings the hook, was absent from the performance because he’s currently touring overseas.