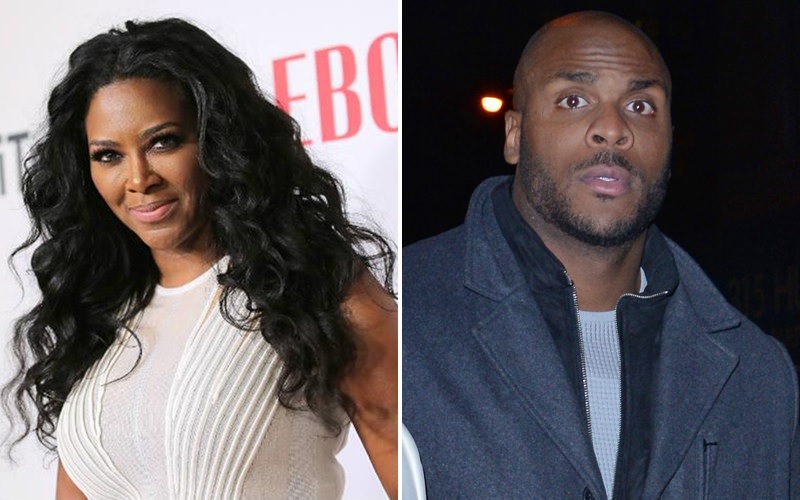 Kenya Moore is officially free of her former off-and-on boyfriend, Matt Jordan. And I’m not just talking about her recent marriage to another man. The Real Housewives of Atlanta star was just granted a restraining order against Matt.

TMZ reports a judge granted a 1-year restraining order, requiring Matt to stay at least 200 yards away from Kenya and her family, including her new husband.

The long-term order replaces the temporary restraining order Kenya had placed, which expired in April. It was not extended at that time because Kenya was a no-show in court and explained that she was unable to find Matt and serve him papers.

Kenya and Matt’s volatile relationship was broadcast on RHOA for several seasons. Though not captured on camera, he was accused of vandalizing Kenya’s property by breaking the windows of her car and glass garage door.

He even, allegedly, broke down a hotel door in Mexico during one of their arguments.

Even though Matt and Kenya have not been together in some time, he’s probably not going to like this restraining order. He wrote on Instagram that he was a disappointed to learn of Kenya’s surprise wedding to a mystery man. He even says she dated her now-husband while they were still together.

“As if the embarrassment from the show wasn’t enough, the false aligations [sic] of domestic violence, the unwarranted restraining order, the loss of business opportunities, money. My personal & professional image… Find out she is married from stranger online. Realizing it’s to someone she was seeing during your relationship.”

At this point, Matt really needs to just let Kenya go! Their relationship was toxic and I don’t think either one of them benefitted from the made-for-reality-TV romance. The restraining order is probably the best thing for the two exes.