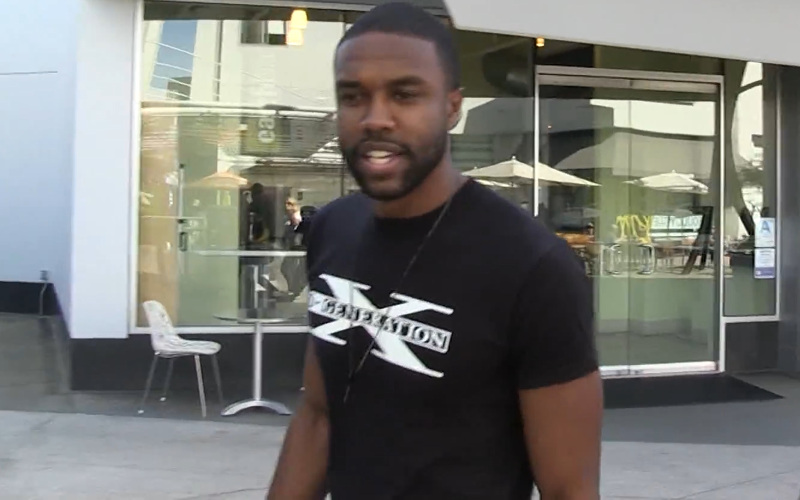 DeMario Jackson is speaking out for the first time since becoming a central figure in the Bachelor in Paradise sexual misconduct scandal. However, the Bachelorette castoff is not saying much, at least not on camera.

The Daily Mail and TMZ both caught up with DeMario on Tuesday (Jun. 13) in LA to get an update on the situation. A Daily Mail reporter briefly spoke to the reality contestant outside his father’s LA home as he was coming from the gym. He’s been “hiding” at his dad’s house and is leaning on family, friends, and Kanye West music.

“My side will be coming soon. Soon, I promise.”

TMZ ran into DeMario at a West Hollywood coffee shop. However, he was less personable and more tight-lipped with the photogs, mostly responding with “no comment.” He did state that everything was “all good” with Corinne Olympios, despite her claims she was unable to give consent to the sexual encounter that shut down production.

Production of Bachelor in Paradise was abruptly shut down Sunday (Jun. 11) after a female producer filed a misconduct complaint against ABC due to an incident involving DeMario and Corinne.

The two reportedly had an explicit sexual encounter while under the influence of alcohol. Corinne says she was in a blackout state and unable to give consent. However, she blames production, not DeMario, for not intervening.

In text messages obtained by the New York Post, DeMario tells a friend that video footage will prove his innocence in the serious matter. He writes:

“Sh*t’s crazy. I just want the footage. We all know what happened and the tape will prove it. Warner Bros. is still investigating the allegations. There still is no official word if season 4 of Bachelor in Paradise will resume filming or if will be cancelled. Host Chris Harrison is asking fans (and crew) to be patient as the investigation continues.