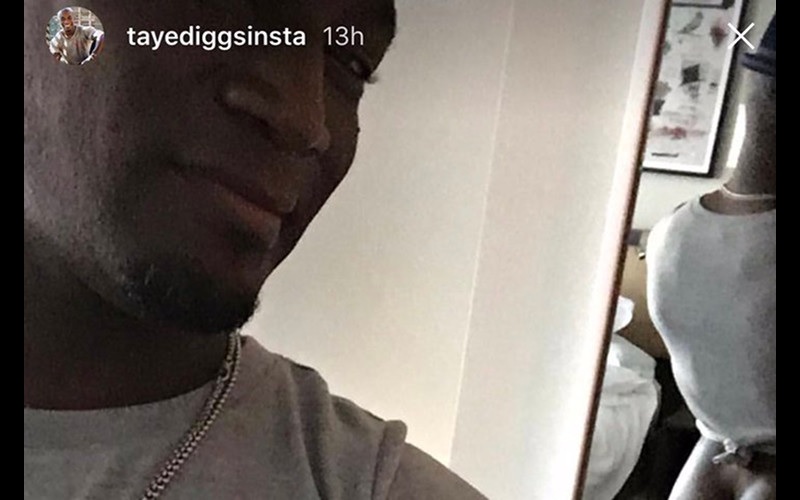 Taye Diggs must have really been feeling himself or something. The Empire star recently posted a NSFW photo on Instagram and actually revealed his bare chocolate cakes to the world!!

The attempted thirst trap was part of an Instagram Story and the actor has since deleted the pic (check it out here). But you know nothing never disappears from the internet, especially once it finds its way to Twitter.

Taye Diggs out here cutting up ?.

Taye Diggs been having a 10 year midlife crisis

Who tied Taye Diggs shirt tho. WHO?

Taye Diggs really outchea trynna win the Who Mans Is This sweepstakes.

Taye Diggs is a mess…

I have so many questions about that Taye Diggs pic. Like why is his ass on the gram and his shirt tied in the back lmaoo ????

Damn..Taye Diggs is out here bussin' it open for the gram. And dude tied his shirt up in the back to get extra booty arch. #moist

I thought Taye Diggs was trending bc he's finally dating a Black woman.

That's why I choose Morris Chestnut over Taye Diggs any day.

Lmaooo.. Taye Diggs out here being a bad b*tch.. ?

Diggs doesn’t seem to be too pressed about his viral photo and social media attention. He has not commented on the photo and his most recent IG post is a photo of he and model girlfriend, Amanza Smith Brown.