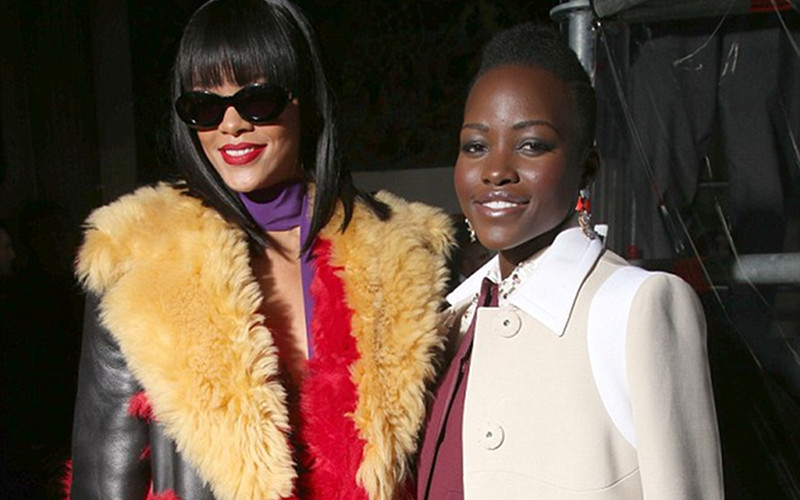 This is really happening! Rihanna and Lupita Nyong’o have officially signed on to star in the first meme-inspired movie. And, just like Black Twitter suggested, Issa Rae will write the screenplay and Ava DuVernay will direct.

The concept of the dynamic quartet joining forces was sparked on Twitter back in April. A user found a 2014 photo of Rihanna and Nyong’o in the front row of a Miu Miu fashion show and suggested it looked like still from a heist or scammer movie. Rihanna looks like she scams rich white men and lupita is the computer smart best friend that helps plan the scans https://t.co/PhWs1xd3nj

Others chimed in and added DuVernay and Rae to the then-hypothetical production. Shockingly all four superstars expressed their interest.

I'm down if you are @rihanna https://t.co/vwHBWeCbFZ

Lights set. Camera's up. Ready to call action for these #queens. ? pic.twitter.com/NVgqpFeTnu

It’s also unknown if Rae will stick with the scammer plot, but one of her reps confirmed to Vanity Fair that “the original Twitter users who imagined the concept for this film will be credited and included in some form.”