GOSSIPONTHIS.COM Music Drake Stomps Around in Tracksuit to the Tune of “Gyalchester” at Billboard... 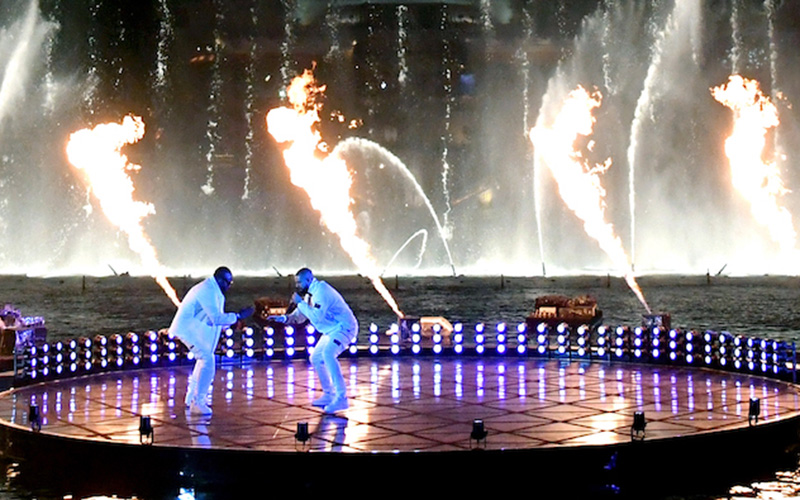 Beyoncé may have said that girls run the world, but these days, I’m more convinced that the rapping, singing, mixed-race, Canadian-American otherwise known as Drake might in fact actually run the world.

After eviscerating his enemies (R.I.P. Meek Mill) and crushing it with overachieving album sales, music streams, concert tickets and accolades, Drake is just riding high on life. And the Billboard Music Awards saw fit to honor Drake by giving him the highly sought after Bellagio stage. Britney Spears once performed over the water among the Bellagio fountains in 2001 for the same awards show. It was lit.

Drake took the stage, which sits amidst the Bellagio fountains, and performed “Gyalchester,” which is his version of Toronto-style gangsta rap, I suppose. The white tracksuit was kinda fresh tho.

Watch Drake give Las Vegas his mean mug with his performance at the Billboard Music Awards below.