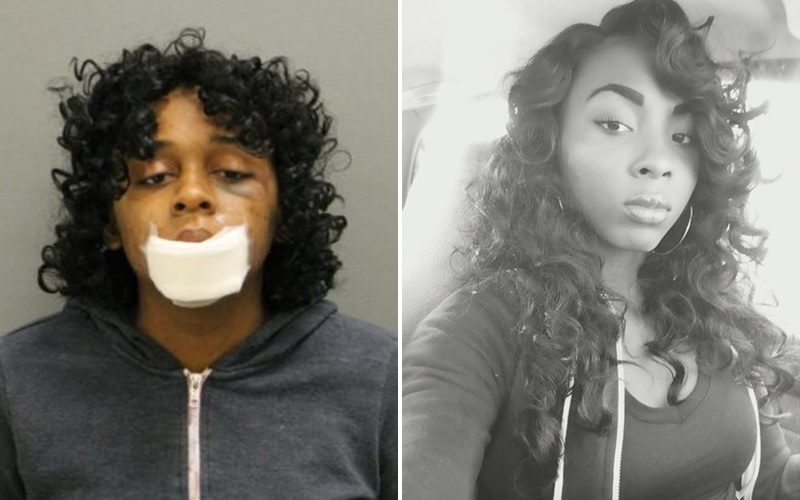 The Chicago woman who killed her ex-boyfriend’s current girlfriend by ramming her into a tree and driving over her body has been charged with first-degree murder.

Chynna Stapleton, 24, was arrested on the night of the incident (May 12). On Monday (May 15), a judge ordered Stapleton be held without bail and charged her with murder.

More details regarding the attack have been revealed. Stapleton and Tatyanna Lewis, 18, had been arguing on social media over Tyshaun Page, Lewis’ boyfriend and the father of one of Stapleton’s children. The social media feud turned physical when Stapleton approached Lewis as she was leaving a friend’s house.

The physical altercation seemed to be over until Stapleton hopped into her Jeep Liberty and allegedly said “I’ve got something for you” after Lewis kicked the passenger door. Stapleton proceeded to chase Lewis, who fell while running, and rammed her into a tree. With Lewis stuck to the car, Stapleton dragged the 18-year-old and ran over her body twice.

Lewis, the daughter of a Chicago police officer, died on the scene.

A 13-year-old was also in the back seat of the Jeep as Stapleton rammed Lewis. It has not been revealed how the child is related to Stapleton. Her son with Page is 1 and she has two other children.

Stapleton argued Lewis provoked her aggressive reaction with harsh language. However, Judge Maria Kuriakos dismissed the claim because the physical altercation was over when Stapleton entered her vehicle.

“Not only did you hit her, you dragged her,” Judge Kuriakos said. “All the while you’ve got a 13-year-old in the back seat. … You are a danger to yourself and society.”

Mourning friends and family have paid tribute to Lewis at the tree she was rammed into. Page says he never thought the women’s feud would come to this and now his “true love” is gone.