GOSSIPONTHIS.COM TV Porsha Learns That Her “Friend” Phaedra Is a Fraud in RHOA Season... 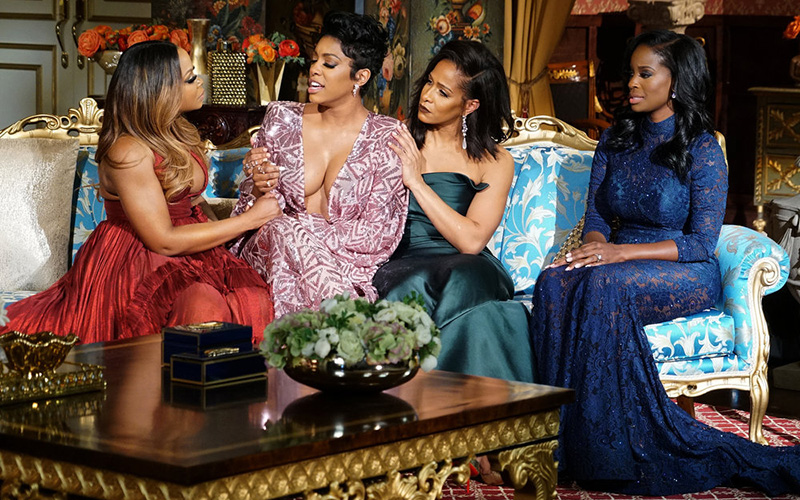 When the chickens come home to roost, all you really need to do is just make way for the scrambled eggs, cause they’re coming.

After a season built on lies, tears and deception, everything came to a head in part 4 of The Real Housewives of Atlanta Season 9 reunion when the source of the “Kandi wants to drug and rape Porsha” gossip was revealed to be none other than: Yes, that’s right, Phaedra Parks is the one who told Porsha that Kandi and Todd wanted to drug her and take her to a sex dungeon for rape. Even more damning, Porsha claims that Phaedra told her she heard this firsthand from Kandi.

However, on the couch at the reunion, Phaedra claims that she only repeated what she heard “in the streets.”

Porsha immediately balked at this revisionist history and realized at that moment, that she had been played by the Frick to her Frack. “You told me she told you that,” said Porsha while sobbing. “Phaedra, tell me what’s going on.”

Unfortunately for Porsha, Phaedra had nothing of substance to offer. She either stared blankly at Porsha and attempted to comfort her, or she offered flimsy denials claiming that she didn’t “recall” saying that Kandi told her the vicious rumor. And when THAT spin didn’t work, Phaedra offered blanket apologies to Kandi and Porsha for repeating what she heard in the streets about Kandi and Todd’s supposed sex-dungeon intentions for Porsha.

Phaedra even tried to coo and whisper in Porsha’s ear that she never told her that Kandi said she wanted to drug and rape her. This kind of evil whispering attempt at mind control is straight out of Jafar’s book in Aladdin.

The best reaction to this awful, unnecessary mess came from Kandi: After the revelation washed over the room, Porsha bolted as she absorbed the depth of her betrayal by her so-called friend Phaedra. The whole cast took a break from the set as several cast members burst into tears, ranted to their make-up artists or phoned a friend. Kenya, unsurprisingly, was absolutely tickled pink by Frick ‘n’ Frack’s public and unexpected implosion throughout much of the episode. And while most of the cast was sympathetic to Porsha’s victimization at the hands of Phaedra, Kenya (along with Kandi’s husband, Todd) was a lot less forgiving.

“They both are just disgusting, foul people,” said Kenya to her BFF, Brandon. “They need to be held accountable for what they do. They’re the only two that lie constantly on people. I’m not taking it no more, not today.”

By the end of the reunion, Porsha had grown so disgusted and annoyed by Phaedra that she had moved as far away from her as she could on the couch. There was a space between the two of them that was the size of the Gulf of Mexico. Porsha was honest, for once. She’s not sure if this is something she’ll ever get over.

Phaedra, girl, you might be off the show or stuck filming with Kenya again next season, because the odds are not in your favor. Welcome to the Hunger Games, Ms. Phaedra.