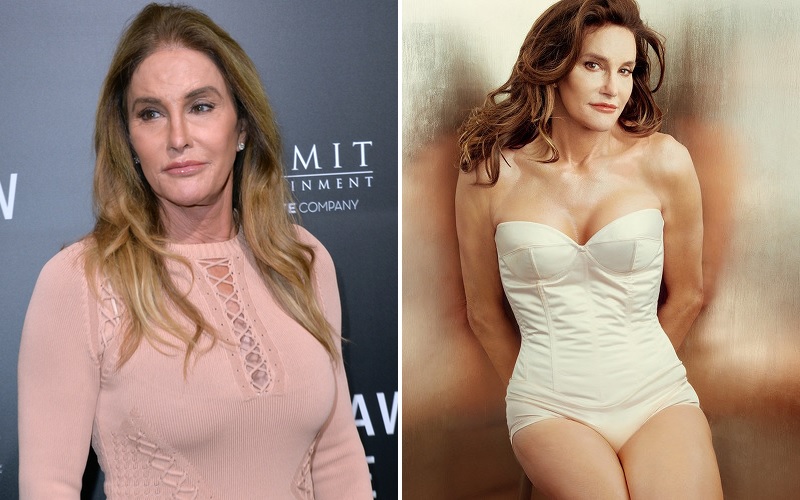 Releasing a tell-all memoir is apparently not enough; Caitlyn Jenner literally wants to bare it all. The Olympian is reportedly planning a nude photo shoot since undergoing gender reassignment surgery.

According to a Daily Mail report, sources say Jenner wants to unveil her new body after having the “final surgery.” Jenner revealed in her memoir, The Secrets of My Life, and confirmed in a recent interview with Diane Sawyer that she had sex reassignment surgery in January.

However, the source says Caitlyn’s nude photo shoot is Kris Jenner and the Kardashian clan’s “worst nightmare.” They were reportedly informed by Caitlyn’s son, Brody Jenner.

“Brody told them that Caitlyn has planned and booked a full nude photo shoot and they were like, that’s unacceptable, it’s taking things too far. They’re hoping the shoot doesn’t come to pass because that would be their worst nightmare. Taking it to that level and unveiling her [new body] with a fully naked photo spread is going way too far.”

In fact, the source revealed that Kris Jenner has “vowed” to prevent Caitlyn from posing nude. “She says she will do everything in her power to stop the shoot if she can.”

Caitlyn told Sawyer and has said in other interviews that her relationship with her Kardashian stepchildren has changed since her transition. She says they rarely keep in touch.

Reportedly, Kim and the gang don’t like how Caitlyn has portrayed their mother throughout the situation and feel the book will “reopen the drama.”

“It’s just the Kardashian part of the family that hasn’t been talking to her. They feel like she had been riding on their coattails long enough for the fame and that she is really milking it for all its worth.

“They feel if she wants to do things her way, she should be on her own — a lot of these things that she’s doing are trying to one-up them and trying to gain the spotlight back.

“While [the operation] was inevitable, they think her plan to do the nude spread is over the top. That’s something that is really annoying to them.”

Kim Kardashian has even been caught throwing indirect shade at Caitlyn on social media. Kim has been liking several tweets that question Caitlyn’s behavior and motives while on her book tour.

Caitlyn’s alleged nude photo shoot has yet to be officially confirmed. However, it seems very strange the Kim Kardashian and the Kardashian family would be opposed to any nude/risqué photos. The family has built their entire brand by showing off and sexualizing their bodies.