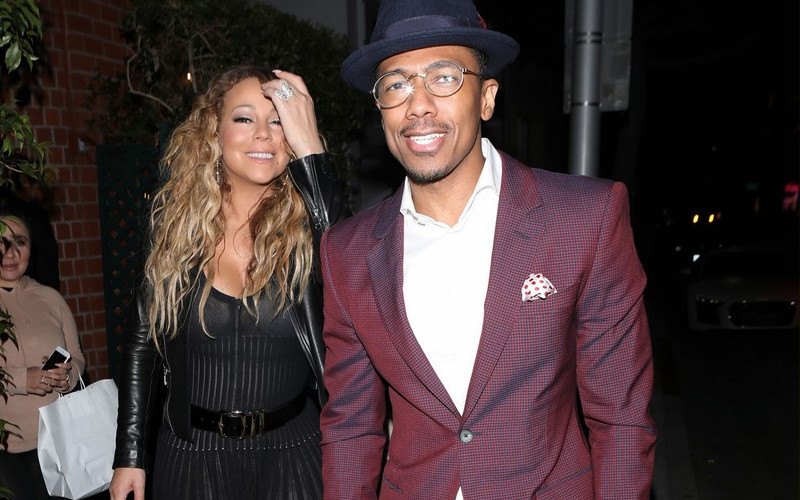 Did we kinda all see this coming? Mariah Carey and Nick Cannon were spotted at dinner dates two nights in a row, sparking speculation the ex-spouses are rekindling their romantic relationship.

The former couple had dinner with their 5-year-old twins on Thursday night (Apr. 20) at Mr Chow restaurant in Beverly Hills. TMZ caught up with the family as they were leaving the restaurant in the same car and Nick made an interesting comment. “We’ve always been official,” he told the photog.

The following night (Apr. 21), Nick and Mariah had dinner at Hollywood hotspot Nobu Malibu, only this time there were no children in sight.

Us Weekly reports Mariah “showed off her cleavage in a plunging, sleeveless black top.” This is typical attire for the diva, but maybe she’s also showing off her assets for the intimate date with her ex-husband. Meanwhile, Nick wore a black leather jacket and one of his signature turbans.

Recent Instagram photos also suggest the two are spending a lot of time with each other.

After eight years of marriage, Mariah and Nick were officially divorced in 2016. Mariah broke off her engagement to Australian billionaire James Packer in October and Nick welcomed a baby boy with ex Brittany Bell in February. The two only dated for a short period of time.

Back in 2008, when the couple wed after merely over a month of dating, I gave this relationship about three months (if that). However, 8 years later and despite their divorce, I actually feel the two will find their way back to each other. They have remained amicable for the sake of their children, but I also don’t think we can overlook the strange, yet undeniable chemistry they have.