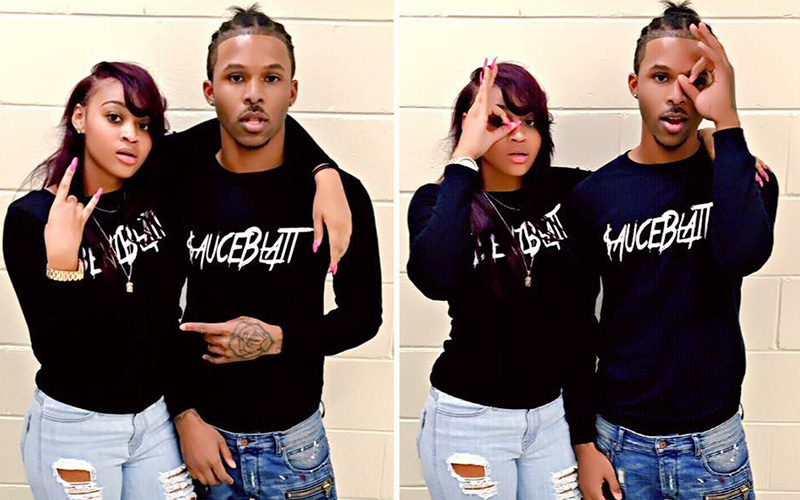 A tragic story about a teenage couple from Ohio committing suicide just days apart has gone viral on Facebook.

Details surrounding the suicides are scarce, but according to online reports, 18-year-old Mercedes Shaday Smith took her own life in her college dorm room in Columbia, Kentucky on Thursday (Apr. 20), and her boyfriend, Markeice “Mari” Brown ended his life on Saturday (Apr. 22).

Apparently, Smith’s friends believed that Brown contributed to his girlfriend’s suicide and they harassed/bullied him online, which, along with the grief of losing his girlfriend, drove him to commit suicide just days later.

The entire situation is being heavily discussed on Facebook and has sparked a serious discussion about suicide awareness and depression.

Here are some things you need to know about Mercedes Shaday Smith and Markeice “Mari” Brown: 18-year-old Mercedes Shaday Smith — a communications major and freshman at Lindsey Wilson College in Columbia, Kentucky — was found unresponsive in her dorm room early Thursday morning (Apr. 20), according to ColumbiaMagazine.com.

Though unconfirmed, it is believed she committed suicide, according to multiple posts from her friends.

“We were deeply saddened to learn of the passing of Mercedes,” said Lindsey Wilson President William T. Luckey Jr. “Our thoughts and prayers are with her family, friends and teammates and the entire LWC community during this incredibly difficult time.”

The Ohio native, who was also a member of the LWC track and field team, was said by her coach Jamaine Gordon to be a “good-spirited person who showed promise in her future.” Gordon — who also said Smith had a vibrant personality that lit up the room — added, “She was a fun and loving person and everyone enjoyed being around her. She will be truly missed.”

Mercedes’ boyfriend Markeice “Mari” Brown posted a note and posted a tearful goodbye video on Facebook Live before killing himself. Markeice Brown, who was known on Facebook as “Mari Safari,” was said to be the target of bullying and harassment from Mercedes’ friends, who believed he was the reason she committed suicide.

This is what Markeice posted on Facebook after finding out his girlfriend had taken her life:

As a result of the online persecution, Brown — who was also distraught over losing the love of his life — decided to end his own life early Saturday (Apr. 22) just two days after Mercedes ended hers.

Before taking his life, Markeice posted a distressing note on Facebook and went on Facebook Live to tell his friends and family goodbye.

“This is to everybody that knew me that shared love for me,” Brown wrote. “This is to the ones who deeply cared for me yea some might say I took the easy way out but who’s to say I wanted to live this life in the first place.”

“I don’t know what to say, but I love all y’all, real talk,” Markeice, clearly overcome with emotion, says through tears in the 8-minute video. “I’m tired of being the blame for her death. I just can’t do it no more.”

He captioned the Facebook Live video, in which at least a dozen people were tagged, “My [final] words to y’all.” Many of his friends and loved ones tried to talk him out of it and find him to stop him, but he told him that they shouldn’t bother because they wouldn’t be able to find him.

According to Markeice’s goodbye/suicide note, Mercedes was pregnant at the time of her death, and they always planned to “go out together.” Among words expressing his grief and sadness over the death of his girlfriend, Markeice also shared in his suicide note that Mercedes was pregnant with his baby.

Markeice also shared in his note that he had previously talked Mercedes out of ending her life, but if she chose to do so in the future, they discussed “going out together.”

I messed up once and took someone on a date but that’s all i did I apologized about and I did whatever I had to do to make it up mercedes had my passwords fingerprint on my phone Allat I was very open with her , but we always told Eachother how we hated life and everything in it but I always talked her out of it well we would always say we was going out together so that’s where I’m headed…

At the end of his post, he wrote that her family wouldn’t allow him to go to her funeral, so he made the decision to “go see her” himself.

GoFundMe pages have been created for both Mercedes and Markeice. To help the respective families cover the costs of burying Mercedes and Markeice, GoFundMe pages have been created for both of them. Meanwhile, Markeice has multiple pages dedicated in his name, though none have met their goals yet.

The tragic love story of “Mari & Mercedes” has gone viral on Facebook. Because the situation is so heartbreaking, Mari & Mercedes’ tragic love story has gone viral on Facebook and is raising awareness about suicide and depression.

The Lord shows that Cedes had a spot in Keice life that nobody could fill plain and simple. But when irrelevant people bashing him all day and night for her suicide I can imagine how he was trying to keep it together no this ain’t no Romeo & Juliet this real life !! but you can only take so much bs, the brain can only hold so much stress and sadness until you crack real talk

Along with the number to the National Suicide Prevention hotline, Facebook user Star McCall wrote:

SOMEONE IS ALWAYS THERE TO LISTEN AND HELP..
THIS POST IS TO RAISE AWARENESS AND HELP OTHERS FIGHTING WITH DEPRESSION