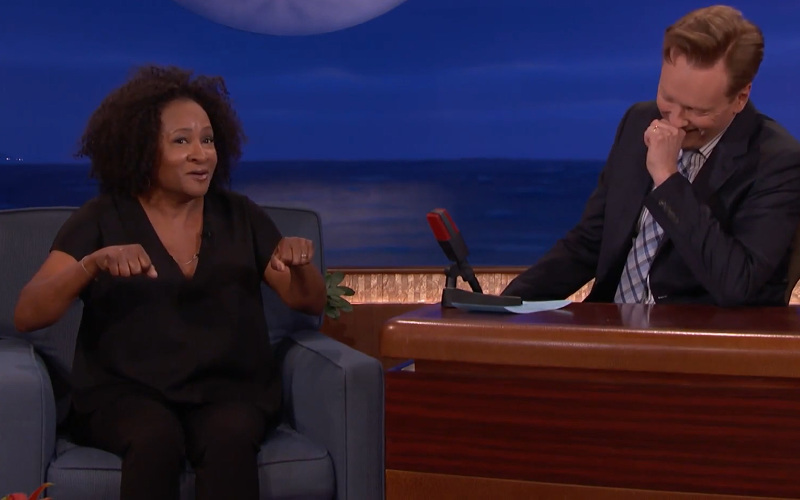 Wanda Sykes is still not here for 45. The comedian recently appeared on Conan and shared her hilarious thoughts on the current president, including how his entire family annoys her.

Sykes told Conan O’Brien that people need to stop waiting Donald Trump to be “presidential,” because it’s probably never going to happen. “If he’s a dick, he’s just gonna be a dick, that’s it,” she quipped.

“Everyone’s waiting for this moment for him to become presidential. They’re like, ‘You know, he has to learn to control his emotions, he has to learn to be measured,’ but the man is 70 years old. Those are things that you teach kids. I’m teaching my seven-year-old those things. Trump is 70. He’s not gonna learn that now. If he’s a dick, he’s just gonna be a dick, that’s it.”

Sykes goes on to say that she is not a Trump fan and that his entire family annoys her. However, she seems to be annoyed most by Trump’s lesser-known daughter Tiffany. Sykes was confused why Trump’s youngest daughter needed Secret Service, joking she needed a mall cop instead.

“She should get a mall cop. She should have a dude on a Segway just following her ass around. Trump don’t even like her. He never talks about her – never has her around!”

This isn’t the first time Sykes has come for 45. Following his election, she called him a “racist, sexist, homophobic, president,” during a charity event in Boston. Many in the audience did not care for the jokes and booed. Sykes responded by flipping off the audience.

Despite reports, she was not booed off the stage. She simply moved to other material following the incident.

However, with “mall cop” material, I hope the comedian continues to call out Trump. Comedians and humor will help carry us these 4 years (or 6 months, God willing).