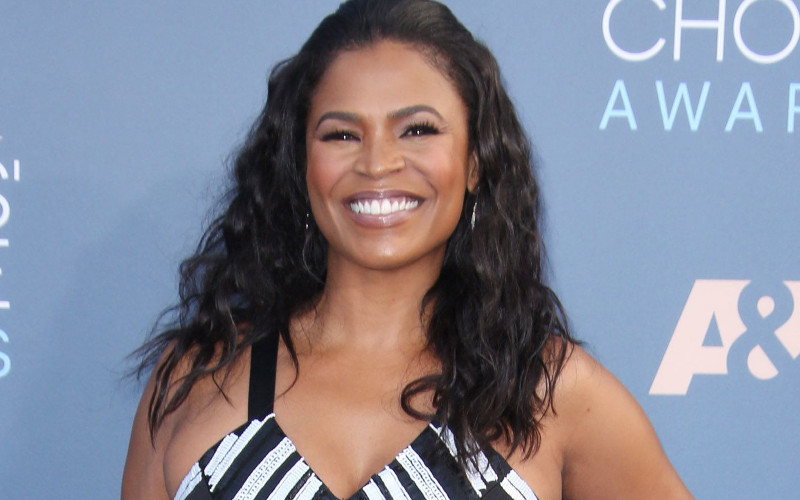 Drama behind the scenes of Empire is getting more serious. It was recently reported that Taraji P. Henson and guest star Nia Long were feuding on set. A new report claims staffers have lodged an official complaint against Long and she has threatened to sue the show.

TMZ first broke the story that Henson and Long were “at each other’s throats” because of Long’s diva-like behavior and the way she treated staff. The feud reportedly became so heated that the two stopped speaking to each other and production was forced to figure out ways to film their scenes separately.

Long’s reps shot down the feud rumors, but it seems a formal complaint against Long has been filed. Empire hair and makeup staff say they were mistreated and disrespected by the actress during her time on set. In one incident, Long allegedly “chewed” out the team after deciding she didn’t like her look at the very last minute before shooting.

Empire has had several guest stars over the years, including Mariah Carey, Naomi Campbell, Chris Rock, and several rappers. However, the TMZ source says this is the first time staff has ever had to file a complaint against a guest star.

TMZ reports Long threatened to sue the show because the Assistant Director failed to publicly announce to the crew that she had wrapped filming and thank her for her services after shooting her final scene. This customary goodbye was allegedly written into her contract, thus making the mishap a breach of contract.

The AD was apparently not on set at the time Long wrapped because he was looking for medication to treat Terrence Howard’s sudden allergic reaction. Production has also stated that the customary goodbye was not written into her contract.

Several sources contributed to TMZ’s reporting, with one Empire actor declaring they would never work with Long again.

Long’s reps stand by their initial statement, which dismissed allegations of unprofessional behavior and they are also unaware of any complaints lodged against her.

“We stand by our comments this morning that Nia has always, and continues to be, a consummate professional on set. In respect to her working relationships with the cast, she came onto this project, in the first place, because of her long-standing friendship and professional relationship with Terrence Howard.

We are not aware of any complaint, suit or case against her from anyone involved in the show, and we find the timing of all of these stories to be very suspicious, given that the series returns tonight.”

Nia Long has had a career spanning of three decades and is a well-respected actress. I have to admit it is hard to imagine her as a diva or difficult to work with. These rumors and allegations may very well be hype to boost anticipation and interest in the popular show that has lost some of its steam.

Nia Long will have a recurring role for the duration of season 3 and her character is a foe to Henson’s Cookie Lyon.