GOSSIPONTHIS.COM Crime Deserae Turner: Things to Know About Teens Who Shot Girl in the... 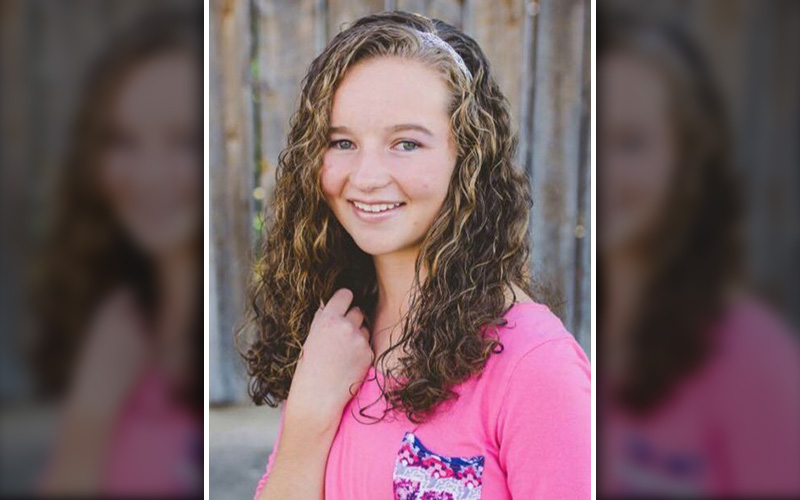 Back in February, Deserae Turner of Logan, Utah was reported missing after she never returned home from school. She was eventually found in a dry canal in a suburb of Logan with a gunshot wound to her head. She was still alive, however, and was placed in a medically-induced coma. Over a month later, she is still recovering from the incident. Here are some things you need to know.

Deserae Turner was shot because a boy “didn’t want anything to do with Snapchatting her anymore.” Two 16-year-old boys are responsible for the shooting after luring Deserae to an isolated area under the guise of selling her a knife. Their original plan was to slit her throat, but the boy could not go through with it so he instead shot her in the back of the head before proceeding to rob her and break her phone.

When asked why he did it, the boy (who has not been named due to the fact that he is a minor) told authorities, “I just didn’t want anything to do with Snapchatting her anymore.”

The other boy originally thought the whole thing was a joke.

The two teenagers concocted their plan while they were playing video games and discussing their desire to “get rid” of the girl who had been sending one of them Snapchat messages, authorities said. When the one who pulled the trigger said he was tired of her messaging him, the other replied, “Well, you’ve got a 6-inch blade, why don’t you do it yourself.”

He later revealed in a statement that he thought it was a “crude joke” but they continued planning until they settled on their plan to lure her to them and cut her throat. Police have found text messages between the two planning the attack.

“Let’s get this done, bro,” one of the boys allegedly texted.

The gun used belonged to one of the teen’s brothers. Unable to follow through with the plan of using a knife, the teenager eventually decided to shoot her in the back of the head. Police have revealed that the gun used was taken from the teen’s brother, which was simply being kept underneath the brother’s mattress. The gun was a .22-caliber revolver that they boy who had been messaged brought with him, and he waited until Turner had turned her back to them to leave before pulling the trigger.

“She had no idea that was going to happen,” Cache County Sheriff Deputy Brian Groves said. “[The teen] said it was the most merciful way.”

Turner is still in the hospital but has survived. Despite being shot in the head, and having the bullet still pressed up to the front of her skull, Turner is alive and in the hospital. She was placed into a medically-induced coma at the time of the incident but has fought to stay alive.

In court Tuesday, authorities showed a video of her in a hospital bed with tubes and blankets surrounding her. Her hair was cut off and her voice was barely audible. While in bed, she asks, “Who did it and why?” Smithfield police Detective Brandon Muir testified.

When told it was the two boys, a look of shock flashed across her face. Muir said her eyes suggested she was trying to sort out what happened.

Prosecutors want to charge the two boys as adults.

New details emerged about last month’s attack during testimony from Deputy Groves during a hearing in which a juvenile court judge ruled that there was enough evidence for the boy who pulled the trigger to stand trial. A hearing for the second boy is began Wednesday.

The two have been charged with attempted aggravated murder, aggravated robbery and obstruction of justice. Prosecutors said they will seek to have them charged as adults.