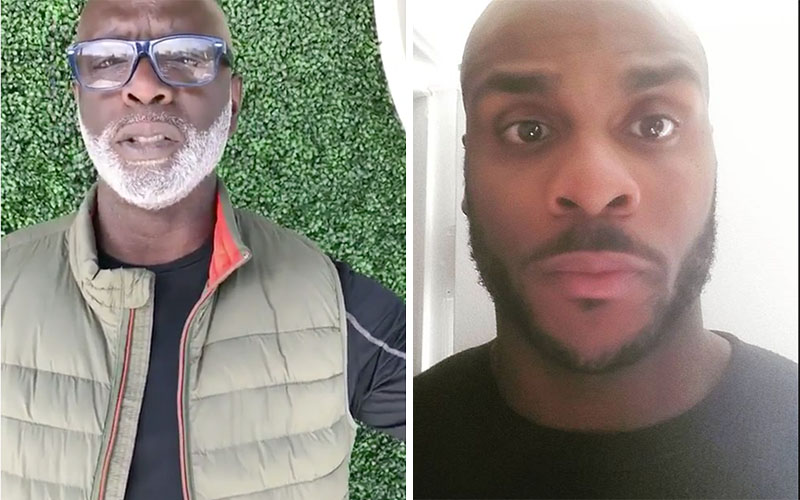 After erupting on Kenya Moore repeatedly in person and countless times on Instagram, Matt Jordan, Kenya’s latest ex, decided to switch things up and shift his target to someone else for a change.

In a seemingly unprovoked social media press release, Matt Jordan claims that one of the sources of strife between him and Kenya was instigated by Peter Thomas and Todd Tucker. Jordan claims that they’re the ones who encouraged him to ask Kenya for money for his appearances. In fact, he says they said he was entitled to 10% of her fee, since that’s what their wives (or ex-wife in Peter’s case) give them.

Because Peter Thomas is the king of petty, he IMMEDIATELY responded to Matt’s provocations by putting out his own Instagram press release:

Peter’s right: Leave them out of it. You asked for information, they answered. You’re a grown-ass man and you need to take responsibility for your own actions, Matt.

Matt took to the ‘gram again and threatened Todd and Peter indirectly, pointing out that he had far less to lose than they did:

If that ain’t some scary shit….You know who owes someone an apology? Kenya owes the entire RHOA cast an apology for bringing this looney toon fool around them in the first place. Now he’s out here threatening people over Instagram like his name is Chris Brown. Stop the madness.