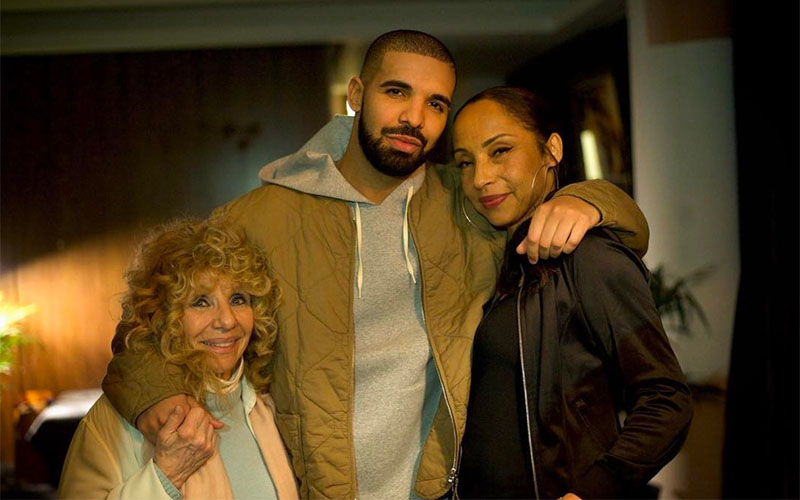 When it comes to legends in the game, Sade is one of the ones whose work and craft speaks for itself. She’s not one to hit the award show circuit regularly. She minds her business and stays in her lane, but Sade is the queen of all those vibe artists (Jhene Aiko, Tinashe, Kehlani, etc.) who be trying to make fetch happen with a whisper and a moody, atmospheric beat.

Drake has professed his love and admiration for Sade profusely in many interviews. Back when he first came out, he tried to wrangle Sade to collaborate with him on his debut album, Thank Me Later, but she wasn’t interested in it. He spoke about his unsuccessful attempts in trying to get Sade for his album.

Between his debut and his latest, the ice appears to have thawed between the two because she sent Drake a lovely autographed poster for his birthday:

And now, Drizzy posted a flick of him in between Sade and his mama at his recent concert in London:

Hopefully this friendliness in-person and on the ‘Gram translates into some actual studio time. Cause I’m dying to hear what a Drake/Sade collaboration would sound like.