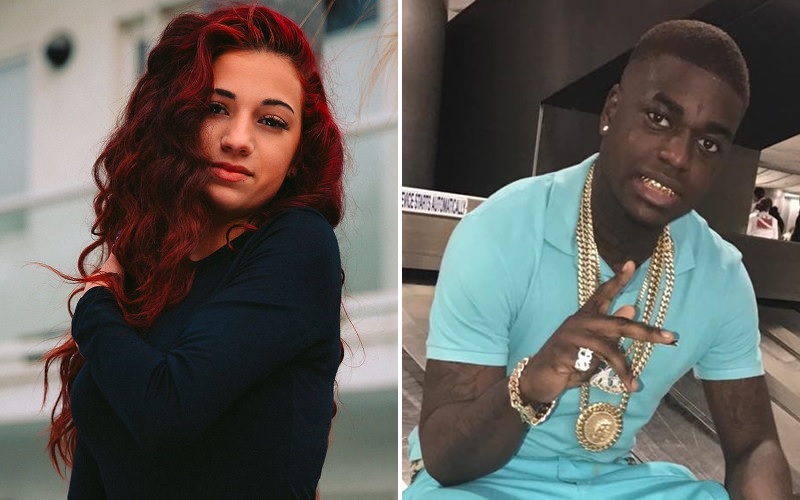 The “Cash Me Ousside” girl is still riding her 15 minutes of internet fame. However, she’s quickly learning the downsides of internet visibility and “fame.” Danielle Bregoli is denying rumors that she’s sleeping with Kodak Black.

While answering fan questions on camera, the 13-year-old viral sensation emphatically denied the rumors that’s she’s having sex with the 19-year-old rapper.

Apparently, the rumor stated after Bregoli appeared in Kodak’s unofficial “Everything 1K” music video. Kodak later also shared a clip of him in a Facetime conversation with Bregoli, in which the rapper makes inappropriate and sexual remarks to Bregoli’s friend, who is also underage.

Kodak needs really needs to be careful as he already has a sketchy past with sexual assault. The rapper is currently on probation and facing up to 30 years in jail after a woman claimed he physically attacked and sexually assaulted her after attending his concert.

Kodak is currently in jail after violating his probation.

As for Bregoli, she of course became a popular internet meme after appearing on the Dr. Phil show with her mother due to her out-of-control behavior. Frustrated with the audience, she uttered her now-infamous catchphrase, “Cash me ousside, howbow dah.”

She has since been milking her fleeting fame by making public appearances and hanging with rappers like Kodak and Stitches.