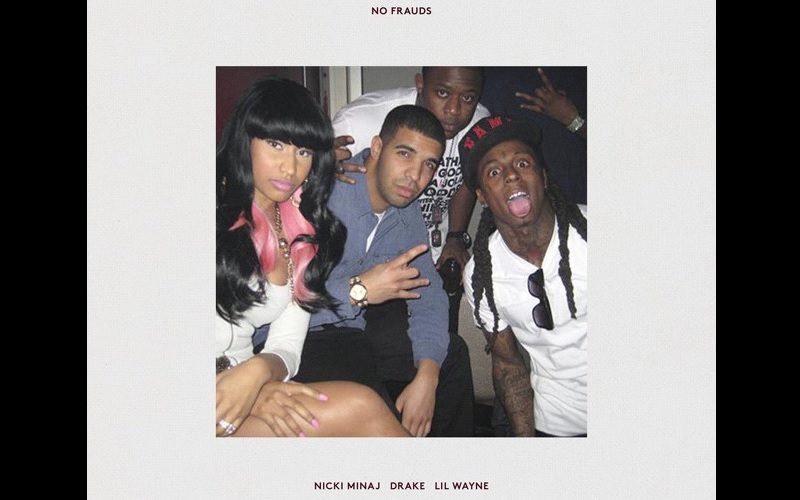 The wait is finally over! After reports suggested Nicki Minaj had no intention of responding to Remy Ma’s diss track, the Pinkprint rapper comes through and surprisingly drops 3 new songs.

On Thursday night (March 9), Minaj tweeted #3PackFromParis and released “Regret in Your Tears,” “Changed It,” and “No Frauds.” The latter two songs feature Lil Wayne and Drake and were recorded while the three recently reunited in Paris.

However, it’s “No Frauds” that became the No. 1 trending topic because Minaj finally responds to Remy’s diss track “shETHER.” It seems Minaj was just waiting for the right time to unleash. She jumped on the opportunity as Remy’s follow-up diss, “Another One,” failed to receive as much respect and praise as her initial effort.

Minaj goes in on “No Frauds.” She gives a nod to the Remy’s failed track and even brings up Remy’s 8-year stint in jail for shooting a member of her entourage.

You can’t be Pablo if your work ain’t sellin’
What the f*ck is this b*tch inhalin’?
I would’ve helped you off that pit you fell in
I am the generous Queen! Ask Ms. Ellen
Tried to drop “Another One”, you was itchin’ to scrap
You exposed your ghostwriter, now you wish you were scrapped
Heard your p*ssy on “Yuck,” I guess you needed a pap
What type of bum b*tch shoot a friend over a rack?
What time of mother leave her one son over a stack?
Lil biddy down basic b*tch thinkin’ she back
Back to back, oh you mean, back to wack?
“Back to Back”? Me and Drizzy laughed at that
They say numbers don’t matter
But when they discussin’ the kings
They turn around and say Lebron ain’t got 6 rings
I never signed a 360, b*tch you wild dumb
That’s why Jay ain’t clear his verse for your album
Shanaynay, you a fraud committin’ perjury
I got before and after pictures of your surgery

Though a solid effort, it could be a little too late for Nicki to claim a win in one of the greatest rap feuds in recent years. The track has received mixed reactions on Twitter with many opining only Minaj’s Barbz will enjoy “No Frauds.”

When I was listening to shEther I was SWEATING lmao No Frauds only got a smooth head bop out of me I’m sorry.

No Frauds = 1 minutes of Facts/Flow/Consistency

Okay Nicki you get a C+ for No Frauds you was suppose to turn that Homework in a long time ago & you made it a group project ??

You can buy all three songs on iTunes: