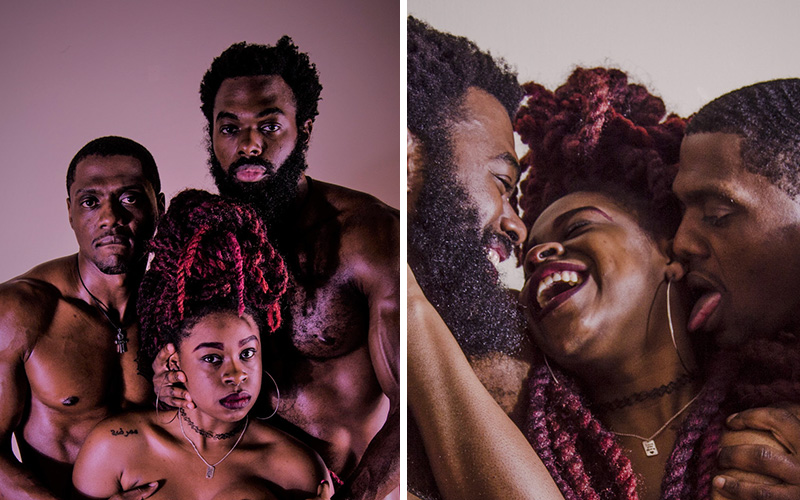 Are you looking to have a good time (and maybe catch a few STDs)? No, seriously? An Atlanta woman’s upcoming birthday has gone viral figuratively, and possibly literally, if she’s not careful.

This event is nothing like you have ever attended. I was going to do just a regular 7 hour party but was NOT ENOUGH!

This is my 27th birthday and this overnight event will encompass everything I love and adore:

SEX IS ALLOWED! And nudity is 100% encouraged! There will be no place where you will get the urge to get frisky and can’t! There will be lots of ass, moans of pleasure and of course …watching.

This is all about FREEDOM and reconnecting to the carefree part of who you are. That’s why this is a slumber party in a place where you can drink, dance, fuck, pass out then sleep in late!

I want this event to be the place where you make your sexual fantasies come true.

The swinger’s slumber party will take place at a secret location in Atlanta on March 18-19. Only people who have RSVP’d and paid will know the location 48 hours in advanced.

Originally planned for 35 people, Cidney claims the party has already sold out twice and she had to move the event to a larger venue to accommodate the growing number of attendees.

Twitter of course had fun with the #ATLOrgy hashtag.

You will walk in to #ATLOrgy looking like this and wake up the next morning lookin like pic.twitter.com/ms8QEui8bm

#ATLOrgy y'all stay positive down there in the A! pic.twitter.com/k5s1JksXko

Yo this question got me on the floor ???? #ATLOrgy pic.twitter.com/XvRcxj43Qm

This how most of y'all are gonna be after #ATLOrgy pic.twitter.com/39wYvXD2th

When your at the #atlorgy and your condom breaks pic.twitter.com/VOpTsDNnbx

Do I even wanna know the context of #AtlOrgy or should I just let Atlanta be Atlanta right now? pic.twitter.com/PvwjUhhNIZ

With all the STD/HIV/AIDS jokes aside, Cidney is promoting safe sex. Condoms will be provided and those attending are encouraged to bring their own as well. Payment for sex of any kind will not be permitted and security will also be present to ensure safety.

To anyone actually going to this “party,” stay safe and, I guess, have fun. For the rest of us, let’s just enjoy the Twitter memes!