GOSSIPONTHIS.COM News Oliver Funes Machado: Things to Know About Teen Who Decapitated His Own... 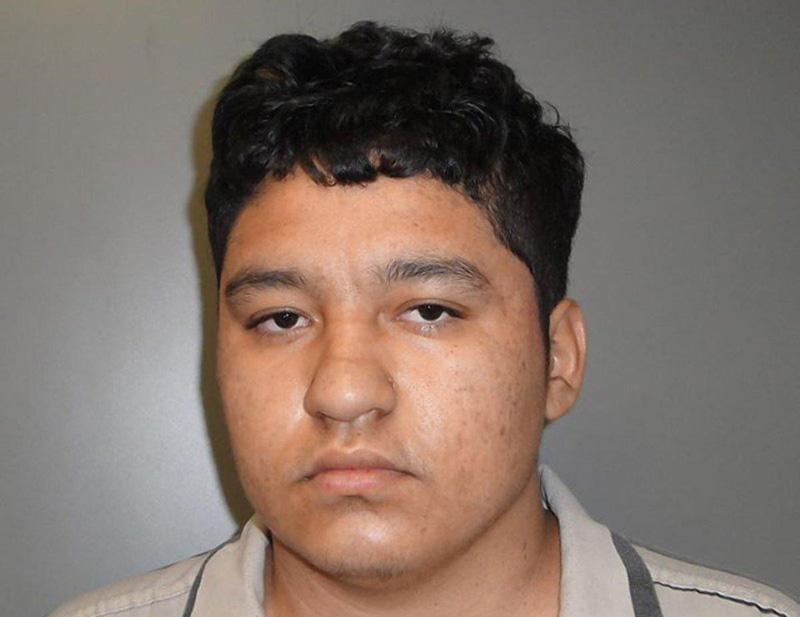 A North Carolina teen has been arrested for murdering and decapitating his own mother on Monday (Mar. 6). The gruesome scene took place in the quiet town of Zebulon in Franklin County and has left the area rattled. Here are some things to know about 18-year-old Oliver Funes Machado and the brutal murder.

After stabbing his mother eight times with a butcher knife, Machado picked up the phone and dialed 911 and told them what he had done. When asked if he had checked to see if the 35-year-old Yesenia Beatriz Funez Machado was still breathing, he answered, “She’s dead.”

Once police officers arrived on scene to see the 18-year-old leaving the house, “carrying a knife in one hand and a severed human head in the other,” he peacefully turned himself over to the police without resisting.

There rest of the family was unharmed.

Machado’s mother wasn’t the only member of the family in the house at the time of the killing. According to reports, his two younger sisters, 4 and 2-years-old, were there with him while it happened. He also had a younger brother who was in school at the time.

According to ABC 11, “two young girls found in the home were unharmed. A fourth child was at school when the incident happened.”

The victim’s husband was away at work at the time, but according to News 11, neighbors reported that he arrived home later in the day and they heard him wailing. “We just heard him crying and you could hear him all over the place.”

The scene was so gruesome, first responders are receiving counseling for what they saw.

According to WTVD, the sheriff’s office is using the services of independent counselors to help deputies deal with what they saw at the crime scene.

“It was tough, it was a traumatic scene, a gruesome scene,” Terry Wright of the Franklin County Sheriff’s Office said.

Not only did the first on the scene have to witness Machado walking out of his house with his mother’s head in his hands, but when they entered the premise, they discovered, bloody shoeprints, a large kitchen knife with apparent blood, bloody clothing in a laundry hamper, and ultimately “a decapitated body on the floor between the kitchen and the living room and two small children inside.”

Oliver Funes Machado told the 911 operator he murdered his mother because he “felt like it.”

The teen’s public defender C. Boyd Sturges III described him as a “pretty profoundly disturbed young man.” According to warrants, he was on four medications for a psychiatric condition.

Teen walked out of a home with his mother’s head in one hand and a knife in the other https://t.co/pAwv3PTQaB pic.twitter.com/S165ZOHET4

“The circumstances of this crime are very unusual and horrific,” said the Franklin County DA’s office. “While it is too early to know for sure what the defendant’s mental state was at the time of the murder, it will be reviewed at the appropriate time and place.”

When on the phone just after committing the murder, Machado reportedly told the 911 operator that he killed his mother because he “felt like it.”

The crime has rocked the small town of Zebulon, North Carolina.

A tragic incident like this would affect just about any town, but for Zebulon, NC, with a population of right around 5,000, it’s especially unheard of. Neighbor Leona Smith told WRAL-TV that she was still trying to come to grips with such a horrible crime happening so close by.

“It’s very hurtful to know something like this can happen in your own neighborhood with such a quiet family with the standard white picket fence, trampoline, playground in the back,” Smith said. “To see the two younger children sitting in the ditch crying, it was heartbreaking.”

Another neighbor, Randy Mullins, said he was leaving the house when the police initially arrived and saw the head lying on the front lawn. “You can’t believe somebody would do that,” he said. “You hear about that, but it never happens across the street from you.”

Oliver Funes Machado is an illegal immigrant and is wanted by U.S. Immigration and Customs Enforcement (ICE) for deportation.

U.S. Immigration and Customs Enforcement (ICE) spokesman Bryan Cox said in a news conference that Machado is a native of Honduras and was here in the United States illegally.

According to the Charlotte Observer:

Oliver Funes-Machado is reportedly the oldest child in the family and had finished 10th grade at Rolesville High School. North Carolina prosecutors said Tuesday they will seek a mental evaluation of the teen.

However, such deferred action can be revoked at any time, particularly in the case of someone who commits a crime or is otherwise found to pose a national security or public safety threat.